The United Nations Development Programme (UNDP), on behalf of the UN systems in The Gambia recently held a daylong sensitisation workshop for its stakeholders on the post Rio+20 conference outcomes that coincided with the launch of the National Dialogue on Post 2015 Development Agenda.

The purpose of the workshop was to sensitise participants and promote dialogue and discussions on Rio+20 outcomes and post 2015 Development Agenda, to ensure wider and deeper national participation in these global processes.

Speaking at the opening ceremony of the workshop, on behalf of the UNDP Country representative, Janice James of UNDP Banjul Office, said twenty years ago in Rio de Janeiro, key principles and international agreements were developed to guide global development efforts.

“The first conference was organised by the United Nations Conference on Environment and Development (UNCED), which is commonly referred to as the Rio Conference or Earth Summit,” Janice James said.

According to Janice, the conference succeeded in raising public awareness of the need to integrate environment and development.

“We built on those foundations through the work of the parties to the Rio Conventions, as well through landmark meetings like the World Summit on sustainable development in Johannesburg ten years later,” she said.

She said 2012 Rio+20 Earth Summit was the third international conference on sustainable development, aimed at reconciling the economic and environmental goals of the global community.

“Hosted by Brazil in Rio de Janeiro from 13th to 22nd June 2012, Rio+20 was a 20 year follow-up to the 1992 Earth Summit then ten day mega-summit, which culminated in a three-day high-level UN conference, was organised by the United Nations Department of Economic and Social Affairs and included participation from 192 UN member states, including 57 Heads of State and 31 Heads of Government, private sector companies, NGOs and other groups” she stated.

In his keynote presentation, Pa Ousman Jarjue, the Director of Water Resources, said the outcome of the Rio+20 conferences has specified sustainable development goals and then called for greater actions in meeting those targets.

“The documents has political commitments to the Rio principles and am urging you the participants, especially the students to be focused on making the future a sustainable one,” Mr. Jarjue said.

While noting that the future lies in the hands of young people, he said, their contributions and inputs are very important to the attainment of the set target goals.

Mr. Mam Abdoulie Njie, spoke about the Post 2015 Development Agenda and its objectives. 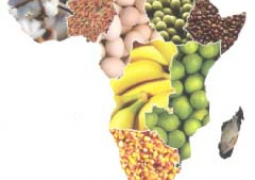