We would like to say congratulations to the management and staff of Trust Bank Limited for being awarded the GCCI "Bank of the Year 2009" award. This is, undoubtedly, a well deserved award as it comes at a time when the competition in the country's banking industry is gaining momentum.

Trust Bank's contribution to the socio-economic development of the country is known to all and sundry. It has been and remains in the forefront of development efforts in many sectors of the country such as health, education and sports.

In addition to the refurbishment of RVTH Sanatorium in 2007-2008 to the tune of D4M, Trust Bank Limited is also reported to have constructed a new dining hall and laundry room at the Sanatorium at a cost of D1M. Other beneficiaries of the bank's benevolence in the health sector were the APRC Hospital in Farafenni, Leman Street Clinic in Banjul, Gunjur Health Centre, Brikama Health Centre.

Trust Bank Limited has also been a generous donor to the National Disaster Management Agency in support of relief aid to disaster victims in settlements in the Greater Banjul area, Western Region and beyond which were affected by storms and floods as a result of  heavy rains.

The Trust Bank experience over the years ought to serve as a guide to other banks to put people first in all their dealings. Generally, many businesses get into a venture without being cognisant of the fact that people matter, especially those at the grass roots level. The result is often catastrophic. Trust Bank however has taken the time to learn the ropes and come out in style.

In any business, if the foundation is sturdy, success is bound to come because a solid base enables you to withstand the stresses and strains that go with the territory.

Trust Bank is evidently on the move to the next level, having already established itself as the Number One Bank of Choice in town.

Experience has shown that getting to the top is usually not as difficult as remaining on top. The competition is fiercer up there, with others seeing the bank as the one to beat in order to win market leadership. It is for this reason that we urge the management and staff of Trust Bank to strive even harder in order to be always deserving of the bank's reputation as a market leader.

The bank needs a team of highly self-driven individuals who will go the extra mile to satisfy the customer. To do this, they in turn have to be amply motivated to put in their very best.

With its reputation as a compulsively high achiever, there is no doubt that Trust Bank will in due course transform the country's banking industry to where it ought to be - right at the very top. 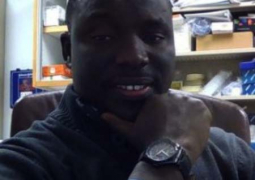