The US Embassy, in collaboration with Ben Hooper, CEO of Porcupine Sporting Club on Thursday 18th March 2010 launched a daylong basketball clinic for Lower Basic Schools, at the Independence Stadium Basketball Lawn in Bakau.

Speaking at the ceremony, the Ambassador of the United States of America Barry L. Wells said all over the world sports have been used as a tool of diplomacy to heal and mend conflicting cultures, races and religions.

Wells also said that for quite sometime now the US Embassy has been pursuing a sport diplomacy agenda to support sporting programmes for young children as a vehicle to improve personal skills and to encourage them continue their education.

According to him, "we are pleased to be able to conduct this basketball programme on a very timely occasion as the month of March in the US among college basketball fans is referred to as "March Madness."

"Basketball is an extremely important sport does not only keep young people active and physically healthy, but also teaches teamwork, tolerance and discipline," he stated.

Besenty Gomez, the Executive Secretary of National Sports Council on behalf of the Ministry of Youths and Sports commended the organisers of basketball clinic.

According to  Gomez, "the Ministry quest for excellence in sports through mass participation can only be actualised if we introduce young people at an early age in various sporting disciplines."

He also said that the intervention of the American Embassy is commendable, as government cannot do it all, adding that he is optimistic of more partnership towards complementing government efforts. 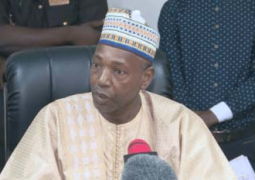 UDP to meet the police over issuance of permit