ECOWAS Heads of State on Thursday in opened deliberation on the situations in and Guinea Bissau, warning that the coups in both countries compromised the security of the region.

The regional bloc, in an extra ordinary meeting, said the military interventions in the processes of governance in both countries also hampered the democratic governance, insisting on the return of civil governance and roll out of electoral processes.

Speaking at the opening ceremony, the Chairman of ECOWAS, President Alassane Ouattara, said the security in and Guinea Bissau had remained fragile, with rising humanitarian concerns.

He said, based on the insistence of ECOWAS, the military officers that seized power from the government in had handed over, but the threats from the Tuareg rebels from the northern part of the country lingered.

Ouattara said: ‘’ The coup in and Guinea Bissua will have severe consequences on the stability of the West African region.

‘’A lot has been done in and we are planning the actual transition, which will require every ones role and the involement ofvarious institutions. ‘’

He said the diplomatic and economic sanctions placed on had not been removed.

In his presentatgion, the President of the ECOWAS Commission, Kadre Desire-Ouedraogo, said the humanitarian situation in was deplorable, calling for immediate intervention by development organisations.

He said the electoral process in was already on course, supported by ECOWAS.

Desire-Ouedraogo said:‘’ All the processes are backed by the constitution of the country.’’

The President of the AU Commission, Jean Ping, said the A U would support the decisions taken by ECOWAS on both countries.

However, the President of Senegal, Macky Sall, was commended for the smooth transition of power in the country, setting example for other African states.

Sall was attending the meeting for the first time after winning in an election that ousted Abdoulaye Wade.

The had been embroiled in a crisis since April 12, following a military coup that truncated an inconclusive presidential election in the country to replace President Bacai Sanha who died in January, 2012.

Also among the regional leaders in attendance was President Yahya Jammeh who led a high-powered delegation to the summit.

Meanwhile ECOWAS has presented cheques totally 4.5 million US dollars to three of its member states to enable them cope with refugee and displacement crisis caused by the rebellion in the north of .

The cheques were presented by President Ouattara, during the opening of yesterday’s extra-ordinary summit in , dedicated to the political developments in Guinea Bissau and .

The release of the humanitarian support was authorized by regional leaders at their February 2012 summit in , to mitigate the sufferings of the displaced persons.

ECOWAS Commission president Kadré Désiré Ouédraogo described the donation as part of the region’s modest contributions, and an expression of its solidarity with the refugees and displaced persons who are in desperate need of support in the three countries. 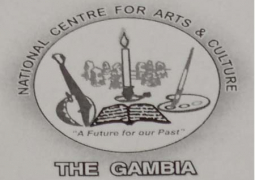 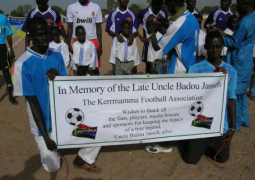