The first by-election, since the coalition came to power last May, was one of the most observed in the history of the country, and resulted in a defeat for the current government, and a victory in favour of the opposition Labour Party.

The by-election took place in Oldham East and Saddleworth constituencies amidst radical and controversial changes, including massive and drastic government spending cuts.

Despite a frantic rebuttal by Prime Minister David Cameron in the House of Commons a few days prior to the election, maintaining that the cuts are measures meant 'to revitalise the economy', and re-energising the country's financial affairs, many voters expressed their frustration, and vowed to vote against coalition candidates.

The Prime Minister also conducted question and answer sessions in various parts of the country, openly explaining his agenda to the masses.

However, the Labour candidate Debbie Abrahams beat his closest rival - the Liberal Democrat candidate Elwyn Watkins, by 14,718 to 11,160; with Kashif Ali, the Tory candidate, trailing in third place with 4,481 votes. Other candidates were able to poll 4,571 votes.

Ed Miliband, the new Labour leader, said that the victory was a 'clear message' to the coalition government.

It is vital to note that the by-election was ignited by the unseating of Phil Woolas, the former Labour Immigration Minister who, as prominently highlighted in The Point newspaper, was instrumental in the execution of the radical immigration changes in the country.

Such changes of the immigration rules affected many, including West African nationals such as Gambian students, thus prompting interest by The Point to closely monitor events.

Many Gambian students have found it difficult to adjust to the new rules, prompting this correspondent to contact the former Deputy Leader of the Labour party, who was instrumental in not only providing genuine advice, but also practical assistance to such Gambian students. Other senior government officials and lawyers had also offered helpful advice, for the benefit of such students and other migrants.

However the defeated Liberal candidate, in the by-election, said there was 'no regrets' about taking the legal action which led to the election. He said: 'I was vindicated. We fought to win, and our vote is up, in difficult times for the coalition'.

The Conservative candidate, however, admitted disappointment, but denied that he had been let down by the party countrywide. The eloquent speaker, who went to both and , and is now a barrister, failed to convince voters to cast their vote for the Tories.

Amongst other allegations, currently Labour is accusing the Liberals, in particular, that it ‘deliberately dropped its pledge to abolish university tuition fees in favour of a system that will see fees treble’. Also the issue of accepting a Tory proposal for '£6bn of public spending cuts' this year, which is ‘damaging the recovery’ is another issue that Labour is complaining about.

But Clegg is unrepentant. He said: 'It was always going to be a big task to take this seat from Labour, given the circumstances. We are undertaking some enormously difficult decisions, because Labour left ’s economy in a mess, and we are now forced to clean up after them'.

Experts are claiming that as a junior partner in the coalition, the Liberals may suffer disproportionately in certain areas, and may not have a strong national electoral base which in turn will minimise its chances of winning such by-elections.

But, what is clear now is that the coalition suffered a bloody nose.

The debates on the 'cuts' continues. 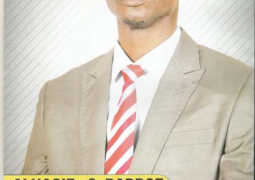