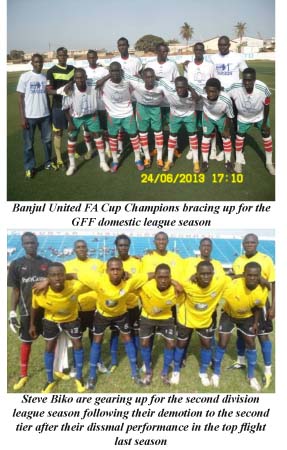 According to the news from the GFF secretariat in Kanifing, the national domestic league traditional curtain-raiser, the Super Cup Finals between the current league champions Real De Banjul and FA Cup champions Banjul United, is slated for Saturday 6 December 2014.

The Super Cup Finals is billed for Sunday 7 December 2014, and will mark the beginning of the country’s female premier tier on 12 December 2014.

The GFF third tier triangular qualifiers will start in December 2014 to be competed for by teams in Banjul, Kanifing Municipality, West Coast Region and two relegated teams from the second tier.

It would be recalled that Real De Banjul were crowned champions of the 2013-2014 GFF national division one league.

Banjul United have clinched the West African Lotto Company-sponsoredFA Cup, following their victory over Hawks in an all-Banjul derby played at the Independence Stadium in Bakau in August.

Pa Omar Babou scored the only goal for Banjul United in the 87th minute of the game to earn the capital city boys their first-ever FA cup title, since making their debut in the country’s divisional league in 2010. 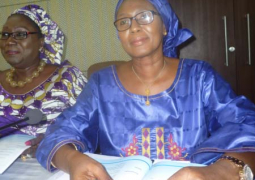