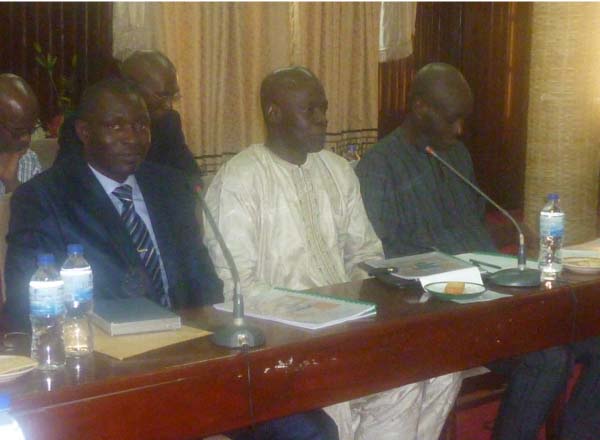 Modou Cheyassin Phall, executive director of the National Nutrition Agency, NaNA, has told the joint session of the Public Accounts Committee and Public Enterprises Committee of the National Assembly that the last update registers from his agency in 2013 recorded data on 106,236 children.

The NaNA executive director was presenting his agency’s financial report for 2013 to the joint session of the committees, which they adopted during Wednesday’s meeting.

The NaNA executive director said community registers instituted in 691 BFCI villages across the country were updated on a quarterly basis.

The registers capture services offered to children less than five years in the community such as attendance at birth, screening for malnutrition, treatment of severe acute malnutrition, vitamin A supplementation, deworming and record of birth weights.

Dilating on the survey of the rapid response nutrition security improvement project (RRNSIP0), Mr Phall noted that as part of the project implementation requirements, the survey for the phased-out RRNSIP was conducted to assess the achievements made.

Six teams were set up to carry out the survey in the six Health Regions, he said, adding that the survey teams were trained on the procedure and the instrument from 19 to 20 April.

The data collection was conducted from 22 April to 5 May, the data analysed and the report finalized, he added.

The findings indicated that a lot of successes had been realised including the uptake of nutrition, improved services, improved knowledge and adoption of optimal behaviours, especially optimal infant and young child feeding practices, he said.

The NANa executive director further informed the PAC/PEC of the National Assembly that a World Bank Mission visited the country from the 1to 7 July 2013 to continue working with NaNA and the Ministry of Health and Social Welfare on the main project proposal for the Maternal and Child Nutrition and Health Results Project.

The mission with the implementing partners NaNA and MOHSW worked on the development of the project appraisal document, as well as reviewed progress of the pilot in the North Bank Region, he noted.

On the background of the agency, Mr Phall said NaNA was established in 2000 and formalised by an Act of Parliament in 2005.

It is charged with the responsibility of coordinating all nutrition and nutrition-related activities in the country, facilitating inter-sectoral collaboration in the area of nutrition, and implementing the National Nutrition Policy 2010-2020, he told the PAC/PEC committees.