The opposition United Democratic Party’s National Assembly member for Kiang Central constituency has resigned from the party, a statement from the IEC said Thursday.

Hon. Babanding KK Daffeh’s move came hours after six opposition parties, including the UDP, said in a joint statement that they have been pushed not to participate in the National Assembly elections slated for 29th March.

According to the IEC, a letter dated 7th March tendered by Hon. Babanding KK Daffeh said that he tendered his resignation in order to enable him stand as an independent candidate for the parliamentary polls.

Hon. Daffeh was among the four MPs representing the UDP in the National Assembly. 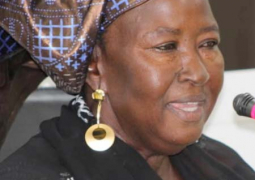