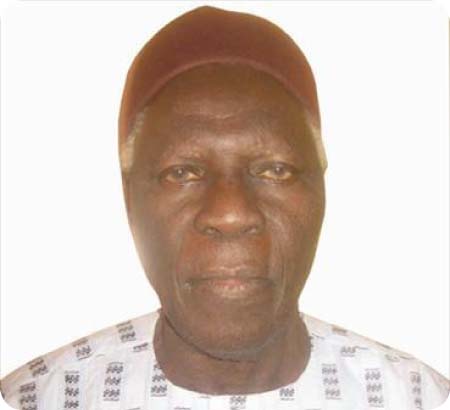 Assan Musa Camara (aka (A)ndrew(D)avid Camara) who died September 15 at the age of 90 served almost uninterrupted as a cabinet minister for 21 years from 1961 to 1982, and as an elected Member of Parliament (MP) for Kantora in the Upper River,from 1960 to 1987.

These two rare feats, especially for the former, show his astute political life, loyalty to President Sir Dawda Jawara, and his near indispensability in the first two decades of the PPP regime. He started his career as a teacher, then entered politics in 1960, and went onto serve as Minister of Education, Local Government and as Foreign Minister from 1968 to 1974; he was Vice President from 1972 to 1977 and from 1978 to 1982.

But it is his illustrious career as a teacher that we must start with because he told me in an interview a few years ago that one reason why he won the 1960 General Elections despite strong opposition from the chiefs of the region was because he had built a solid corps of acquaintances of parents and former pupils on whom he was able to turn to for support. He was one of the well known pupil teachers at the famous Kristi Kunda School founded in 1942, by the Anglican Mission, at the Upper River. A veteran teacher, Rev. JC Faye was tasked to run the school. The school’s official name was the House of Transfiguration and it had boarding facilities for pupils from Bathurst who were difficult to handle. His tutelage under the Rev. Faye put him on a sound footing in elective politics when universal adult suffrage was provided for in the 1959 Windley Constitution.

Under universal adult suffrage in 1960, he won the Kantora seat with big margins over his two opponents in the May elections. Assan’s two opponents were from chiefly families, and therefore had very powerful forces behind them if the influence of chiefs in the colonial period is considered. However, he polled 2, 535 votes; Mamadi Sagnia of the PPP had 1,154 and another Independent Candidate Kebba Krubally, son of the most powerful Jewru Krubally, chief of Basse, polled 634 votes. Assan also won as an Independent, but soon after joined the UP of PS Njie. For this PS Njie nominated him Minister of Education in his short lived, highly accomplished yet little studied cabinet of May 1961 to June 1962.

In the fiercely contested 1962 elections, PS Njie lost power forever to Sir Dawda but Assan was re-elected. He waited close to a year in the UP and when he espied its imminent disintegration, he quickly crossed the carpet into the PPP in September 1963, exactly 50 years ago, and was appointed Minister of Education, Labour and Social Welfare, replacing the young but tragic PPP intellectual politician Hon. Paul Baldeh (1936-1968). Paul, from Sare Ngai village,a graduate of the prestigious Trinity College, Dublin, was among the original big wigs of the PPP, and who together with Hon. Amang Kanyi (1930-1968) was considered a rising star in the new post independence government.

At the Archives I came across this statement Assan made as Education Minister in August 1966 whilst opening a seminar organized by the Gambia Women’s Federation: ‘At present the social wing of my Ministry is one Social Officer only. This is certainly not good enough and provided funds are available, it is hoped to be able to strengthen the staff of this section in the near future so that certain social problems affecting the country as a whole could be looked into more closely’ (Gambia News Bulletin, 4/8/1966, p.1). This guarded statement did not hide the severe challenges of manpower and funds which bisected the newly independent country.

In the major cabinet reshuffle of January 1968, during which senior PPP ministers like Hon. SS Sisay, Hon. KC Kah, Hon. Yusupha Samba and Hon. Paul Baldeh lost their jobs and resigned from the PPP to form the ephemeral opposition PPA party (1968-1971), Assan was promoted to Minister of External Affairs; hitherto the portfolio was under the care of a Minister of State AB Njie, who also doubled as The Gambia High Commissioner to Dakar. Assan spent 6 years as head of Gambian diplomacy and here he proved to be an exceptionally efficient diplomat. Under his tenure The Gambia joined all the major multilateral organizations such as the IMF, World Bank; established diplomatic relations with the Gulf Arab States, and opened embassies in Freetown, Lagos, Riyadh and Brussels. In my interview with him at his Spartan house in Banjul in ’11, I asked him about Gambia’s role in the Guinea Bissau Liberation Struggle and Banjul’s relations with Sekou Toure’s regime.

He told me that he was a friend with Sekou Toure, and he used that personal touch to entice Toure to warm up ties with Banjul. He said he personally severally went to Conakry to meet Toure, and when Banjul decided to deport back to Conakry Guinean insurgents captured at Serekunda in November 1970, despite international pressure not to deport them, Toure became very happy and soon decided to open an embassy in Banjul headed by the legendary Ambassador Kassory Bangoura, who became Dean of the Diplomatic Corps before his recall and fatal end. Further, Assan managed to arrange a state visit to Conakry for Sir Dawda in 1972.

On Guinea Bissau, he said he was also an acquaintance of Amilcar Cabral and under his stewardship as Gambia’s top diplomat he managed to arrange Cabral’s first meeting with Gambian officials at the margins of the OAU summit in 1972. Henceforth, he said Gambia allowed the PAIGC to open an office in Banjul and donated the PAIGC a utility car for the use of this office. In September 1972, when SM Dibba resigned as Vice President, Assan was appointed to the post which he combined with that of External Affairs.

When AB Njie was recalled from retirement in 1974, he returned to the External Affairs docket and Assan was appointed Minister of Local Government, and from 1977 to 1978, he served as Finance Minister. When AB Njie finally bowed out of cabinet in 1978, Assan returned to the Vice Presidency until he went out of cabinet in 1982. His role in suppressing the 1981 insurrection, and his life as a back bencher from 1982 to 1987,have been well noted in recent tributes and therefore need not take my time here.

What I must stress however, is that his seat in the panoply of political leaders of our dear country is well assured. He must be counted as one of those whom we dear call Founding Father because he played an eminent role in the political evolution of the country in the lustrum preceding independence in 1965, and then in the first quarter century after independence. He belonged to the first generation of politicians from the rural areas who had to pit their inchoate political brains and brawns against those of the more experienced Bathurst political class of PS Njie, Rev. JC Faye, Garba Jahumpa, KW Foon etc, and emerged on top as was clear when the UP, and other Bathurst based parties were crushed to extinction after the 1962 elections.

Assan was a self made man; from humble beginnings as cattle herd’s boy in the Upper reaches of the River Gambia, he had managed to secure Western education and formal employment which at the time only a lucky few could attain, and became one of the most powerful people in the country.

In life, I found him disarmingly modest. For example, eager to be formal, I had written a letter to him requesting for an historical interview; he called me and said I could go anytime. Even in retirement, he was always available, at very short notice I should add, to speak about his life and times to researchers. I hope and pray that the autobiography which he said he was interested in doing shall still see the light of day (as a biography) so that future generations would learn about his politically rich life. To his family and friends, I extend my sincere condolences.

America and Islam Are Not Exclusive, Says Obama 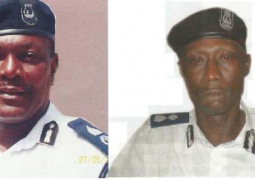