The circumstances surrounding the death in custody of Solo Sandeng, the United Democratic Party Youth Mobiliser, is still unclear, but as the due process of law is unfolding all will certainly come to know how actually he died, and who really caused his death.

Since the exhumation of his remains on 4 March 2017, for a thorough post-mortem at the Edward Francis Small Teaching Hospital, a series of arrests have been made, which has amounted to nine people of the former National Intelligence Agency (NIA) facing about 12 charges including conspiracy to commit felony, misdemeanor, murder and forgery.

We, therefore, uphold the truth that there will be no peace without justice in any society; so let justice take its course in The Gambia.

This is more so because the arrests, detentions and subsequent deaths of many people under the Jammeh regime are there for all to note.

Whilst some lost their lives in the prisons due to ill health, others were allegedly summarily killed and buried somewhere by members of the then state security apparatus.

For 22 years, so many lives were gruesomely taken under the Jammeh regime, including that of our own co-publisher and managing editor, Deyda Hydara. 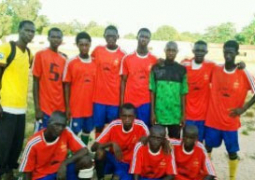