A joint operation by security forces on Friday led to the arrest of five Indian businessmen for allegedly using ‘‘expired raw materials’’ like corn and cheese to make foodstuff at a company they operate along the Bertil Harding Highway, police sources have confirmed to The Point.Rajisk Kumar, Jaitrakash Tammanc, Raghu Rajarman, Nurman Surtada, and Anthony Nathan were all arrested after security forces acted on a tip off and raided their company, called Jaya Selina Gambia Limited, where it was discovered they used raw materials, some of which have already expired, to make ‘‘chips’’, David Kujabi, police public relations officer told The Point.

The suspects, believed to be from the same family, are currently in police custody helping the police in their investigations, while the company has been closed, Kujabi added.

Earlier in June, the Gambia government declared ‘persona non-grata’ Lebanese businessman Hussein Tajudeen for ‘‘involving in undesirable business activities which has very serious health and economic consequences to the people and the state’’, and ordered him to leave the country within 72 hours.

‘‘Despite the fact that The Gambia has a liberal economy, the state will not condone greedy and unscrupulous businessmen who are just after their profit margin and not the welfare and wellbeing of the consumers,’ the government said then.

The government went on to advise all businessmen to adhere strictly to the rules of engagement in the interest of their businesses, the consumer and the state. 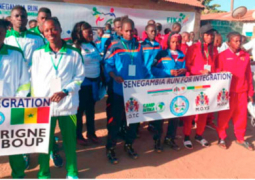