‘Aishah related that the Messenger of Allah, upon whom be peace, kissed her while he was fasting and said, “Kissing does not nullify the ablution, nor does it break the fast.” (Related by Ishaq ibn Rahawaih and al-Bazzar with a good chain.)

Evaluating its authenticity, ‘Abdul-Haqq says, “I do not know of any defect in the hadith that could cause its rejection.”

‘Aishah also said, “One night, I missed the Messenger of Allah in my bed, and so went to look for him. I put my hand on the bottom of his feet while he was praying and saying, ‘O Allah, I seek refuge in Your pleasure from Your anger, in Your forgiveness from Your punishment, in You from You. I cannot praise you as You have praised Yourself” (related by Muslim and at-Tirmizhi, who classified it as sahih.), and she also reported, ‘The Prophet kissed some of his wives and went to prayer, without performing ablution.” (Related by Ahmad and “the four,’’ and its narrators are trustworthy.) She also said, “I would sleep in front of the Prophet, upon whom be peace, with my feet in the direction of the qiblah (to him). When he made prostrations, he would touch me, and I would move my feet.” In another narration it says, “When he wanted to prostrate, he would touch my legs.”

Bleeding from an unusual place

This involves bleeding due to a wound, cupping or a nosebleed, and regardless of whether the amount of blood is small or large.

Said al-Hassan, “The Muslims still prayed even while wounded.” (Related by al-Bukhari.) He also reported, “Ibn ‘Umar squeezed a pimple until it bled, but he did not renew his ablution. Ibn Abi ‘Uqiyy spat blood and continued his prayer. ‘Umar ibn al-Khattab prayed while blood was flowing from him. ‘Ibbad ibn Bishr was hit with an arrow while praying, but continued his prayers.” (Related by Abu Dawud, Ibn Khuzaimah, and al-Bukhari in mu ‘allaq form.)

Regardless of whether the amount of vomit was great or small, there is no sound hadith that it nullifies ablution.

That this does not nullify the ablution was the opinion of the four rightly guided caliphs, the companions and the following generation, although there is an authentic hadith that states one should make ablution after it.

He asked about the dens of sheep, and he said, “Pray therein, for they are blessings. (Related by Ahmad, Abu Dawud and Ibn Hibban. ) Ibn Khuzaimah said, “I know of no dispute over the authenticity of this report.” In summation, an-Nawawi can be quoted as saying, “This opinion has the strongest proof, and the majority of the scholars differ from it.”

Of doubts whether or not one has released gas

This is the case where the person cannot quite recall if he is in a state of purity or not. Such a state of mind does not nullify ablution, regardless of whether the person is in prayer or not, until he is certain that he has nullified his ablution. ‘Abbad ibn Tameem related that his uncle queried the Prophet about a person who feels something in his abdomen while praying. Said the Prophet, “He should not leave (the prayer) until he hears it or smells it.” (Related by Muslim, Abu Dawud and at-Tirmizhi). It does not mean that its sound or bad smell nullifies ablution, but that the person must be certain about the fact that he has nullified his ablution. Says Ibn al-Mubarak, “If one is uncertain about his condition of purity, he does not need to perform a new ablution.” If one is certain that he has nullified his ablution and doubts whether he has purified himself or not, he must perform a new ablution.

a: Laughing during prayer

This does not nullify ablution, for there are no confirmed reports that state such a thing.

b: Washing a dead person

This also does not require a new ablution, for the reports that say it nullifies ablution are weak.

c: Any type of ritual prayer

This involves only obligatory, voluntary, or funeral prayers, not the supplications (du’a). This is based on Allah’s statement, “O you who believe. When you get up to perform a prayer (salah) wash your face and your arms up to the elbows and wipe your head and feet to the ankles.” Also, the Messenger of Allah, upon whom be peace, said, “Allah does not accept a prayer (that was performed while the person) was not in a state of purity. Nor does he accept charity from misappropriated booty.” (Related by “the group,” except for al-Bukhari.)

Ibn ‘Abbas reported that the Messenger of Allah said, “Circumambulation is a type of prayer, but Allah has permitted speaking during it. Whoever speaks during it should only speak good.” This hadith is related by at-Tirmizhi, ad-Daraqutni, al-Hakim, Ibn as-Sakin and Ibn Khuzaimah, who classified it as sahih.

a: Touching a copy of the Qur’an

Abu Bakr ibn Muhammad related from his father on the authority of his grandfather that the Prophet, upon whom be peace, sent a letter to the people of Yemen which stated, “No one is to touch the Qur’an except one who is purified.”

This hadith is related by an-Nasa’i, ad-Daraqutni, al-Baihaqi and al-Athram. Of its chain, Ibn ‘Abdul Barr says, “It appears to be a continuous transmission.” ‘Abdullah ibn ‘Umar reported that the Prophet, upon whom be peace, said, “No one is to touch the Qur’an unless he has purified himself.” (Al-Haithami mentioned it in Majma’ az-Zawaid and said its narrators are trustworthy.) Apparently, this hadith has a problem. The word “purify” must have one particular meaning here.

Therefore, to say that one who has a minor defilement may not touch the Qur’an makes no sense. Concerning Allah’s statement, “...which none touches save the purified,” (alWaqi’ah 79), apparently the pronoun refers to “the Book kept hidden” (from the preceding verse) and that is “the well-preserved tablet” and the “purified” refers to the angels, which is similar to the verses, “On honored scrolls, exalted, purified, (set down) by scribes, noble and righteous” (Abasah 13-16).

Ibn ‘Abbas, ashSha’bi, azh-Zhahak, Zaid ibn ‘Ali, al-Mu’aiyad Billah, Dawud, Ibn Hazm and Hammad ibn Abu Sulaiman are of the opinion that one who has a minor defilement may touch the Qur’an. Most of the scholars, however, agree that such people may recite the Qur’an without touching it. 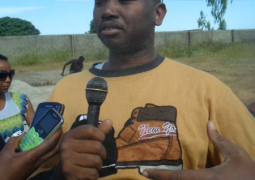 US Embassy Reaches Out To The Needy