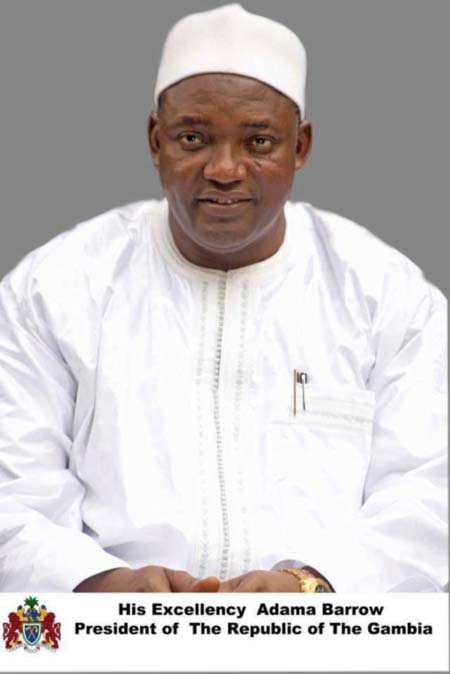 According to a release by the state house communication unit, the Gambian president who was accompanied by senior government officials thanked the Sierra Leonean President Ernest Bai Koroma for his role in “bringing sanity and democracy to The Gambia.”

Receiving President Barrow at the Aberdeen heliport, President Koroma assured him that Sierra Leone is “home to him and all Gambians.”

Both leaders underscored the need to continue to uphold the tenets of democracy in the sub-region, noting that Sierra Leone and the Gambia share multilateral ties.

President Koroma told the Gambian leader to always “call on Sierra Leone for any support.”

President Koroma was part of the ECOWAS mediation team that helped to bring peace and democracy to The Gambia which led to the former leader Yahya Jammeh to hand over power to Adama Barrow.