The TINK association, a nonprofit-making registered organization in Sukuta, is preparing to organise a cycling race as well as support the community of Sukuta.

In a recent interview with The Point at his office in Sukuta, Abdoulie Nyassi, chairman of the association, said his association is planning to organize a few activities in The Gambia concerning cycling race.

Mr Nyassi explained that the nonprofit-making association was formed two months ago with the help of the youths in Sukuta and others aimed at helping the community of Sukuta.

According to him, the association will soon involve in different programmes within the community.

The objective of the association, he added, is to have twelve activities of which the first will involve bringing the Quranic and the English learning system under one umbrella whereby “we can organize an annual conference where we can select the qualified children to recite the Quran likewise English, which will be in the form of a quiz competition.

The association is also planning to give medical support to the health centre in Sukuta, noting that in the future the association will embark on countrywide support.

“The association will also target the elderly people in Sukuta because most of the people in the village need help,” Mr Nyassi said. 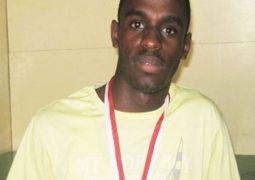