Of all the inflictions that can ruin a country, drug abuse has to count as a leading agent.

Drug abuse can wreak untold havoc on the individual, the family and the society at large. When one is trapped on drugs, one is in effect trapped in vice and personal deterioration.

From general observation, one’s health declines, first gradually and then at a rapid pace.

At times the downward trend could be arrested and even reversed with the help of doctors and of the victim himself.

Then the condition propels a rapid downward trend developing the known ugly manifestations: aggression, lassitude, and ill-health (including mental health), being only some of the many ensuing symptoms.

The situation then unfortunately takes a wider cycle of effect, on family, relatives, draining medical services and resources. In the final analysis the problem of one individual becomes the problem of everyone as individuals, families, society, all become adversely affected and national development becomes retarded as a consequence.

What is worse, the drug user ends up usually as a drug pusher thus helping create an ever widening circle of worthless citizens.

The country should join hands in a strong way to police and arrest the use of drugs in our society. Incipient use should be nipped in the bud. Parents and schools should provide appropriate education and guidance to youths.

The community should endeavour to provide alternative constructive ways of youths passing their time. Policing by the authorities and the community together, should be reinforced.

The state should pass legislation strong enough to act as a deterrent. But whatever the method or the measures we adopt, the community should be in the forefront, and must act swiftly and decisively.

“Drugs users has no place in our society” 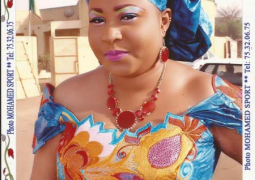