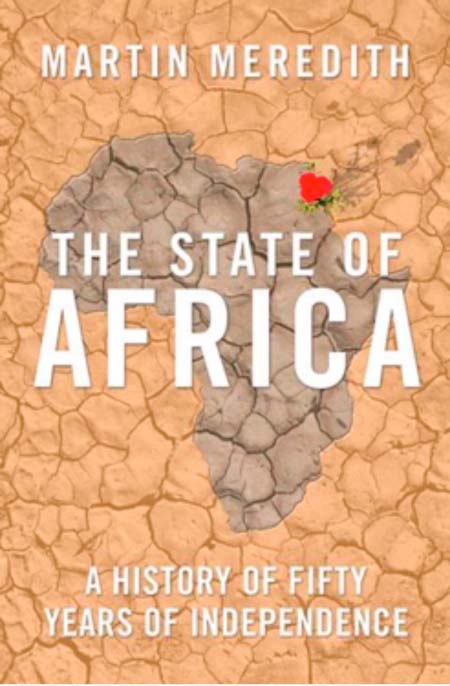 Martin Meredith’s The State of Africa: A History of Fifty Years of Independence is an unbiased chronological record of failed leadership in post-colonial Africa.  The book tracks the continent’s journey from the euphoria of liberation in the 1950s and 1960s, through the violent darkness of dictators and civil wars until the 1990s when the path to true democracy and good governance began to be cleared.  Meredith’s journey takes the reader from Ghanaian independence and leader Kwame Nkrumah in the late 1950s to South Africa and its second post-apartheid president Thabo Mbeki, and builds a substantial body of evidence of mistakes and abuse which should provide all Africans with examples of how not to lead.

At the height of post-independence euphoria, Africa’s new leaders and their cronies were looting their countries at an unprecedented rate.  A 1964 study of 14 francophone African countries showed that the cost of imported alcoholic beverages outweighed that of fertilizer imports by a factor of six, and imports of luxury cosmetics and perfumes cost twice as much as imports of machine tools.  The ‘platinum life’ lived by so many of Africa’s new elite in the 1960s came at the price of proper economic management and the total neglect of the majority of Africans living in the newly independent states.

By the 1980s, for most African countries, per capita wealth was down to levels of the 1960s; governments were reliant on loans from the IMF and World Bank to finance their debts and feed their people and corruption was so entrenched that deals were struck in the knowledge that amounts were to be budgeted for payoffs.

Nigeria provides a unique example of tremendous potential prosperity, in the form of vast oil reserves, squandered to the detriment of the people of Nigeria.  Hundreds of billions of dollars of oil revenues were channelled to corrupt politicians and businessmen instead of the Nigerian people.  In many cases, tribes or populations have been forcefully removed to make way for pipelines and oil rigs with no compensation for the loss of land or livelihood.  The people of Ogoniland have, since the discovery of oil in their area in 1957, been forced to abandon their land, often without compensation, to make way for oil infrastructure.  The violent backlash and kidnappings which have taken place in the Niger Delta since 1992 are a direct result of grassroots dissatisfaction with corruption and abuse at the hands of those in control of Nigeria’s government.

Most of Africa’s leaders were forcefully ousted from their positions as a result of a groundswell of dissatisfaction with poor economic management, corruption, expedience, nepotism, cronyism and violence.  Political opponents and military officers who inevitably assumed the roles of ousted heads of state promised sweeping changes and economic prosperity but seldom delivered on their promises before reverting to self enrichment and political protectionism.

Meredith skilfully weaves multiple, and often simultaneous, stories of failed states and their corrupt leaders into a seamless and easy to read exposé devoid of unnecessary airs and graces.  This mammoth digest serves not only as a clear and detailed record of the failure of African states and their leaders but also as a resounding warning to Africa’s new leaders to take care of their people.  Meredith also makes it clear to the reader that colonisers can be held accountable for much of African countries’ ills: early abuse at the hands of colonisers and their hasty exits upon liberation wrought havoc in many African states.  Slavery, murder, rape, torture and other human rights violations at the hand of colonisers served only to further motivate liberationists to oust their colonial masters.

Whilst colonisers and their poor treatment of Africans was clearly a contributor to the state of the continent, the book shows also the fierce desire of African nationalists to take power and implement their poorly conceived and untested African socialist ideologies.  The influence of communist powers, most notably the Soviet Union, was central to African socialism and communist support for dictatorial regimes may well be the single most debilitating factor described in the book.

In Africa today we need competent leaders with integrity and passion to deliver economic growth and improve the quality of life of their people.  Meredith shows us that not all of Africa’s leaders were corrupt and greedy when they assumed their roles, but with the notable exception of Botswana’s Seretse Khama, almost all were by the time their rule was ended.  Since independence, Botswana has averaged over 9% economic growth per annum and boasts one of the fastest growth rates in per capita income in the world.  In a few other cases, leaders like Tanzania’s Julius Nyerere, while well intentioned, were ideologically and economically irresponsible and pursued expensive large-scale socialist projects which were by and large failures, leaving their countries poorer and less developed than they had been under colonial rule.

African states and leaders have spent more than 50 years building a deserved reputation for backwardness, greed and violence.  The African people all the meanwhile have suffered through wars, famine, poor or nonexistent educational and health systems and little opportunity to break out of their situations.

South Africa, regardless of the many problems we have to overcome, is unlikely to trace the path of the many failed African independences which came before it.  The African tide is turning and the stories of leadership and development emanating from this continent are gradually changing for the better.

The last decade has shown overwhelmingly that the voices of the African people are being heard and leaders principally good and democratic are coming to the fore, a significant deviation from the greater history of this continent.  Leaders like Zambia’s Levi Mwanawasa, Uganda’s Yoweri Museveni, Rwanda’s Paul Kagame, Mozambique’s Joaqium Chissano and South’s Africa’s Nelson ‘Madiba’ Mandela have broken the mould of Africa’s “big men” who preceded them. Their belief in democracy and economic growth as drivers toward improving the lives of their people signalled a departure from the African nationalists who came before them.

African leaders are being called to account more frequently by more organised opposition and democratic institutions.  Peer review has become a crucial aspect to good governance in the African context and African Peer Review Mechanism is the core machinery used to help African states monitor one another.

At home, even leaders like ANC President Jacob Zuma are subject to democratic institutions and the rule of law.  Recently, suggestions that Thabo Mbeki may have failed to influence the judiciary and ensure the conviction of Mr Zuma are testament to the strength of the pillars of democracy in South Africa.  The recall of the President of such a young democracy and the intervening strict adherence to and ultimate survival of the Constitution are again indications that South Africa’s democracy is more many orders more robust than Africa has experienced in the past.

Our neighbour Zimbabwe provides another very recent of the victory of democracy in the face of the most trying of enemies: Robert Mugabe, President and virtual dictator of Zimbabwe since 1980 was forced to compromise on his previously immovable stance by a groundswell of grassroots democratic activism in the name of the Movement for Democratic Change.  The MDC, led by Morgan Tsvangirai managed to achieve this forced-compromise despite mass intimidation and gross human right violations at the hands of Mugabe and his supporters.

Africa’s renaissance may truly be underway, but it will only be through an in-depth understanding of the mistakes we’ve already made on this continent that we will truly move forward and join the rest of the world in the global conquest against poverty, disease and under-development.  Martin Meredith’s greater contribution to this collective understanding has been significant, but in this single book, he has chronicled the most important mistakes and atrocities made in Africa to date and anybody interested in Africa and the future of this continent should read this book. 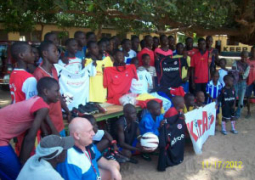