SPECIAL EDITION ON HAJJ PILGRIMAGE: A GENERAL DEFINITION, ITS EXCELLENCE AND PREREQUISITES

Allah the Exalted One says: Verily, the first House (of worship) appointed for mankind was that at Bakkah (Mecca), full of blessings, and guidance for Al-Alamin (the mankind and Jinns). In it is manifest signs for example, the Maqam place of Ibrahim (Abraham); whoever enters it, he attains security. And Hajj (pilgrimage to Mecca) to the House (Ka’bah) is a duty that mankind owes to Allah, those who can afford the expenses for one’s conveyance, provision and residence; and whoever disbelieves (i.e denies Hajj (pilgrimage to Mecca), then he is a disbeliever of Allah, then Allah stands not in need of any of the Alamin (mankind and jinns).” (Al-‘Imran, 3: 96-97)

The majority of the scholars hold that Hajj was prescribed in the sixth year after Hijrah for it was then that the following verse concerning it was revealed. “And perform properly (i.e. all the ceremonies according to the ways of Prophet Muhammad), the Hajj and Umrah (i.e. the pilgrimage to Mecca) for Allah.”(Al-Baqarah, 2:196). This conclusion is based on the understanding that the “completion” in the above verse in fact refers to the time when it was first made obligatory. This view is also supported by ‘Alqamah, Masruq, and Ibrahim An-Nakh’y, who substitute “And establish “for “And complete” in the above verse, as reported by At-Tabarany on sound authority. Ibnul-Qayyim, however, is inclined to the view that Hajj was made obligatory in the ninth or the tenth year of Hijrah.

The Divine Law Giver exhorted Muslims to perform Hajj. In this regard we may refer to the following:

HAJJ-One of the Best Deeds

Abu Hurairah reported that the Prophet (peace be upon him) was once asked: “What is the best deed?” He replied: “To have faith in Allah and His Messengers.” The enquirer asked: “What next?” the Prophet (peace be upon him) said: “To strive in the cause of Allah.” “What is the next best thing?” He replied: “Hajj Mabrur (a faultless Hajj that is free of sin and is graced with Divine acceptance and pleasure).” Al-Hasan said: “It means that a person after performance of Hajj should desire and be inclined to the life of the Hereafter rather than the material pleasures of this world.” Another report transmitted on sound authority from the Prophet (peace be upon him) says that a righteous performance of Hajj is crowned by feeding the needy and speaking kind words to men.

HAJJ: A Form of Jihad

HAJJ WIPES OFF PAST SINS 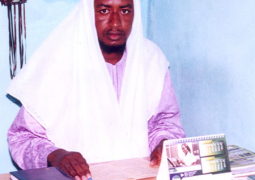