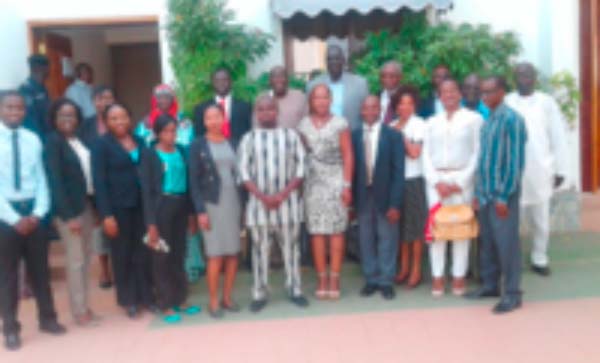 The ECOWAS Standards Harmonisation (ECOSHAM), in partnership with the Gambia Standards Bureau, has organised a three-day meeting opened on Monday at the Paradise Suites Hotel.

Speaking on the occasion, director of industry at the ECOWAS Commission, Mensan Lawsen-Hechelli, said ECOWAS has adopted 50 national standards so far.

“The ECOWAS Commission has put in a system of harmonisation of standards between member states which ensures that there are no specific standards for individual members states, but a single and common standard for each good or service exchanged,” he said.

The minister of Trade, Industry, Regional Integration and Employment, Abdou Jobe, said The Gambia government has always been and continues to be committed to the ideals and vision of ECOWAS.

ECOSHAM Chairman Sheikh Ahmet Tejan Nyang said The Gambia is one of the leading tourism destinations in the sub-region and has over the years developed and implemented a number of sustainable projects all geared towards the improvement of livelihood of its people.

He said the tourism sector contributes between 18 to 20 per cent of the country’s gross domestic product, and creates both direct and indirect employment for thousands of Gambians and non-Gambians.

“The Gambia has over the years build up her human resource base in the tourism sector up to the extent that it is now exporting her highly qualified and skilled personnel to both the sub-region and the Middle East,” Mr Nyang said.

He further noted that the meeting has come at a time The Gambia is reviewing its hotel classification system and also working on the policy of advocating for quality hotel beds with the view to meet the demand of its clientele.