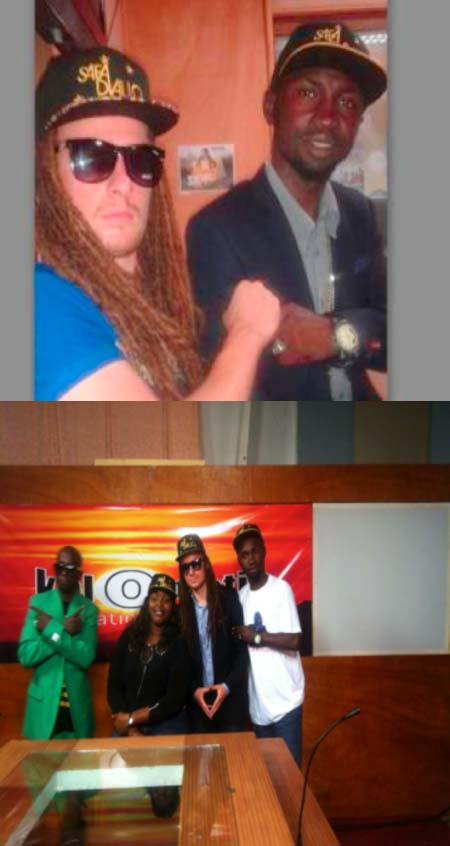 DJ Mutabaruka, a disc jockey of Little Zion promotional and booking agency, has returned from Guinea Conakry for an album launching of Saffa Diallo, a reggae dancehall singer based in Switzerland.

Diallo born in Conakry launched his album “Conakry Kingston” presented by Little Zion promotional and booking agency based in Belgium on 16 August at Palace De People.

The Star FM radio, reggae dancehall Deejay, said it was a great experience to perform in front of three thousand spectators, out of The Gambia.

He described the turnout as ‘massive’, and said his performance was widely appreciated by the Guinean people.

“This was a good show for a Gambian DJ to grace, but all thanks go to my booking agents, Little Zion music company, who are based in Belgium. Big thanks to Thomas De Beule, who did all the arrangements for me. I would also say big thanks to Saffa Diallo, the artiste who invited us. I never performed in such a large crowd.”

Mutabaruka, chief executive officer of African Light Sound, said the sound is working together with Little Zion as their booking agent.

“We have a branch in France, we are working with Gambian artistes, including Silver Youth, King Mozai, Ansu B, Frankie Paul of Jamaica, Isha Bella of Jamaica, Warrior King.”

He added: “Our target is to broaden in the international scene, as we are working with our partner Little Zion to have more shows with different artistes all over the world.”

He commended the media in Guinea for giving him a lot of attention. He also said promoters and event organisers should consider DJs and journalists in entertainment, as they are vital in the society.