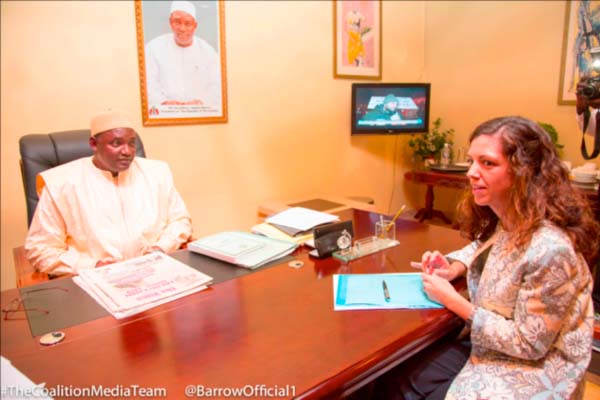 Speaking after the courtesy call, Laura Mayoral Aguilera said she went there to congratulate the president, and also to convey some messages from the government of Spain about the collaboration between The Gambia and the Kingdom of Spain.

This, she added, was because there is a new era of Gambia’s leadership, and also to praise Gambians and President Barrow for exercising patience during the whole political logjam and imminent violent conflict.

She acknowledged that as a member of the European Union, Spain has relations with The Gambia in the area of tourism and other sectors of the economy.

“With many Gambians residing in Spain, I think we have a lot of things to do in common, and we can collaborate in so many areas that will contribute immensely to the socio-economic development of The Gambia and Spain.”

Laura Mayoral Aguilera further revealed that President Barrow had expressed his interest in the tourism sector, and said Spain would render assistance towards the hotel and restaurant industry of the country.