The deputy permanent secretary at the Ministry of Youth and Sports has described QNET as a game changer, saying that this business is the fastest way of improving the live and livelihood of the young people of this country.

He made these remarks while giving a speech during a one day sensitiuation forum for its esteem customers organised by QNET Independent representatives, held at Qcity last Sunday.

The aim was to inform customers about the existence of “IMCON”, on the Theme: “No More PEAR”.

The objective of forum was to raise awareness about QNET and the services that it offers to the public.

Deputy permanent secretary at the Ministry of Youth and Sports, Sutay Jawo, appealed and encouraged the QNET officials to continue doing the good work to improve the life condition of the young people of this country.

He said the initiative is geared towards fighting poverty and addressing unemployment in the country. “We are grateful for your effort and what you do. “I am touched after listening to some of the testimonies of some of the people.”

For his part, Manding Saidykan, principal assistant secretary at the Ministry of the Interior, equally thanked QNET for inviting them to the forum.

“I came to know about QNET last week when they had a meeting with the minister of interior and made a presentation about the services that QNET offers.” He also encourages young people of this country to patronage and join this noble business which is very worthy.

According to QNET’s independent representative, the company is one of the fastest ways of improving the livelihood of the most vulnerable person in society.

The forum also served as a platform to enable customers and QNET independent representatives to give testimony about the impact of QNET business in trying to change the lives of the people on the continent.

Musa Nyockeh, QNET’s independent distributor, said  he joined the business in 1998 and he is currently working with the Gambia Army Forces as a soldier.

He said the purpose of the forum was to share their experiences and successes with their customers about the QNET products, “saying that some might wonder why he joined the business as a soldier.

“Since I joined the business up to date, my commission from QNET is more than five years of my salary from the Gambia Army Forces.”

Mr. Nyockeh said QNET can take a person from ZERO  to be the richest person in the world, explaining that most of their members never entered the classroom  but today they do not worry about people with master’s degree.

He encouraged people to make the best opportunity at the right time, saying the business is not something difficult particularly for civil servants as it only requires a person to create time for him or herself.

Muhammad Sillah, also QNET’s independent distributor, spoke extensively about the significance of the business, citing that QNET is the fastest business growing in the business industry that can change the livelihood of the people in the fastest way.

He said even if he dies today, his family will continue to enjoy the benefit from QNET.

Also giving her testimony, Awa Yaffa, a networker with QNET, explained that she was a teacher and her father was also teacher but she was introduced to the business by her uncle which she never regret.

She said her father has been a classroom teacher for about fifty years until his retirement without anything that he can count as progress. 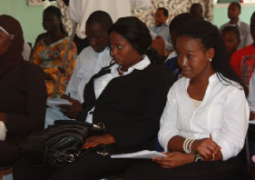 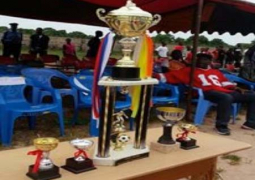