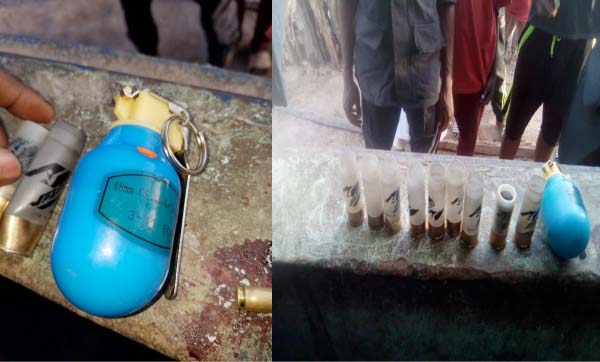 Sulayman Trawally, a native of Garawol Kuta village, Kantora District of the Upper River Region who was allegedly shot in the hand by a Senegalese gendarme on Saturday 7 March 2020 is set to appear before a Court in Tamba Counda, Senegal, The Point can confirm.

Binta Trawally, a sister to Sulayman who spoke to our reporter while in Tamba Counda, described her brother’s situation as “sad” and urged The Gambia government to do everything to facilitate his release.

Trawally, who is married with three wives, was reportedly shot by a Senegalese gendarme after a rift ensued between them.

“When I arrived at the hospital, I found my brother in handcuff with three gendarmeries guarding him. Whatever he wants to do, the officers would be following him. The sad thing is that he was handcuffed in the hospital bed,” she told our reporter through a telephone interview yesterday.

Quizzed as to whether Sulayman Trawally had been charged at the time of her visit, she said the only thing the gendarme officers told her was that Trawally was a drug peddler and that they would jail him.

“In fact to my surprise, the officers said they were going to take him from the hospital while he is still in pain,” she stated. She added that “Sulayman Trawally in his hospital bed told me that the Senegalese officers wanted to jail him for no reasons whatsoever.”

Major Lamin K. Sanyang, the spokesperson of The Gambia Armed Forces confirmed the development to The Point, saying they rushed to the village for fact finding as soon as they got news but they did not meet their counterparts. He said they, however, talked to some villagers about the matter. He disclosed that the police and state intelligence service are following up the case.

A source familiar with the matter said the Gambian security is worried about the manner in which the Senegalese gendarmerie “illegally” entered Gambian territory and also the circumstance under which the issue had unfolded.