Mr. Ceesay in his evidence told the court that he could recall , when he was driving within Bakoteh. He said the 1st accused Charles Lawson stopped him and told him that he wanted a town trip to go to Bakoteh, adding he took the 1st accused to where he wanted to go, and was paid D100.

PW2 further stated that when he used his torch to check the money, he realized that the two fifty dalasi notes were fake, revealing that the accused went to the Bakoteh petrol station where some people told them that the money were fake notes. He adducedthat when he and the accused went on to the road side they saw a police vehicle which he stopped and reported the matter to them. He said it was there the accused person was arrested and taken to Bakoteh police station.

About IFAD President’s visit to Banjul

By Their Fruits We Shall Know Them 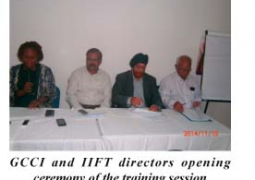