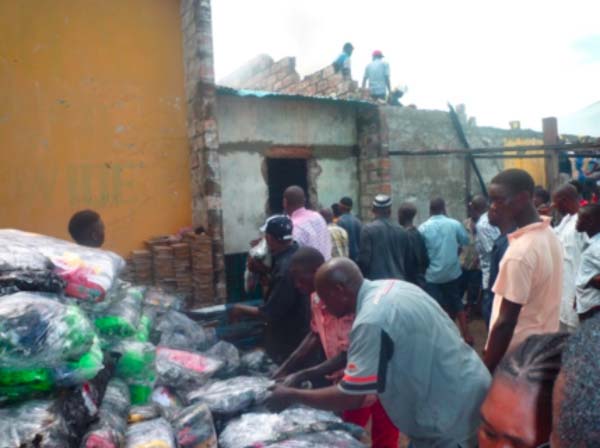 A fire outbreak Tuesday at the Albert Market in Banjul burnt a large part of the main market structure, and destroyed a lot of goods.

Hudul Kolley, disaster coordinator in Banjul for the National Disaster Management Agency (NDMA), told journalists he was called by engineers of Banjul City Council and informed that the Albert Market was on fire.

It was a “terrible loss to Banjul City Council”, though they could not as yet quantify the loss in monetary terms, he said

He also said they were yet to ascertain the cause of the fire, but would be doing an assessment to know exactly the cause and how much was lost.

Kolley said the operations commander of the Banjul Fire Service was at the scene, as were the police who deployed their men to prevent any looting, as well as ensure the market was protected.

People in Banjul also helped the firefighter by fetching water to put out the fire, he added.

Omar TD Ndow, head of the Banjul Red Cross branch, said the Red Cross sent a team to collaborate with the security services.

Sang Ndong, operations officer Gambia Fire and Rescue Services, advised people against looting, and called on them to assist by making way for the fire-fighters and help in putting out the fire.

Salifu Jaiteh, chairman of the Banjul Albert Market committee, said the fire came as a shock, adding that it happened when shop owners were not at work.

Jaiteh added that, unfortunately, most of those affected have not paid for insurance, and urged all businesspeople at the market to insure their shops for such eventualities.

Musa Sowe, who was also affected by the fire, said most of his materials including those brought in a few days ago from China, such as clothes and shoes, had been burnt.