It has been a few months since the Gambia government through the Ministry of Youth and Sports launched a noble initiative by establishing a fund-raising committee, to raise the millions of dalasis needed to fund the country's participation in scheduled African and world football tournaments.

The committee was tasked with the responsibility of raising the needed funds to help all the national teams of the Gambia participate in the forthcoming continental and the global showpieces.

The task force committee headed by Tombong Saidy comprises leading sports personalities who were given the mandate to raise an estimated D32 million for the senior national team’s in international football tourneys, including participation in the 2014 FIFA World Cup to be hosted by Brazil, among other international outings.

This initiative, no doubt, is a most welcomed move, and gives the Gambian people, those at home and in the Diaspora, and their friends in the international donor community the opportunity to come forward and support the efforts of the Gambia Football Association, given the financial difficulties the FA has to grapple with in financing the activities of the national teams.

The Gambia government, we understand, has now taken charge of financing the programmes of the national football team, and should be commended for taking ownership of the "Gambia For Gold" project.

Indeed, with the support of all Gambians and partners of the Gambia government, this is one initiative whose success will go a very long way in facilitating the country’s quest to take part in all future international outings, including the African Nations Cup and the World Cup. 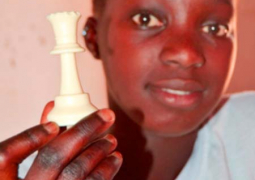