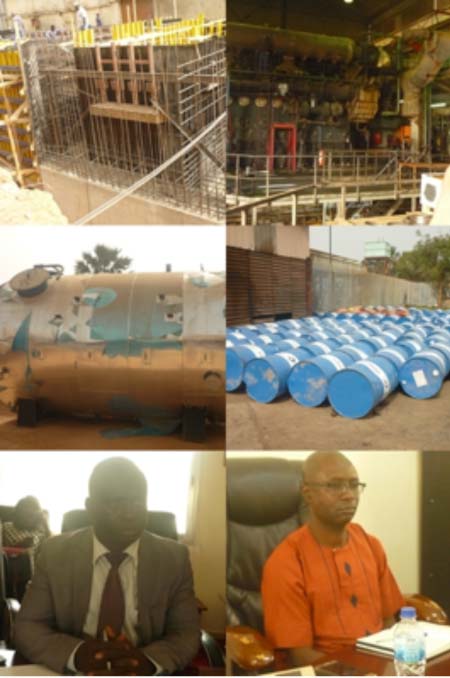 Mr Chume made this revelation yesterday during a press briefing, shortly after a tour of the Kotu and Brikama power stations.

He said they are trying to reach an agreement with the parastatals concerned by writing to them, but if that fails, NAWEC would disconnect the institutions concerned and publish their names in newspapers.

Pierre Sylva, NAWEC public relations officer, said generator number 6 at Kotu is currently under maintenance, and generator number 7 at Kotu has been relocated to another power station that is why the intensity and frequency of power outage has increased in the Greater Banjul Area.

“At Brikama, generators number 3 and 4 are under maintenance, but we are working tirelessly to ensure that generator number 3 is operational before the end of the week to improve the electricity supply.

“The other generators are expected to be back running before the end of the Ramadan. Even if all engines at Kotu and Brikama are up and running at the same time, the demand will still be more than the supply.”

Baba Fatajo, NAWEC managing director, said the company’s problem has been inherited over the years.

“We are faced with a situation where we still maintain engines that should have been decommission long time ago, but because of lack of resources we are still keeping them.

“The engines are inefficient and unreliable, but they still have to provide the service.”

Mr Fatajo said NAWEC, like any other public enterprise, has been through “very difficult situations due to misplaced priorities”.

He said the problem at NAWEC right now is that only half of the installed capacity is available; that is why people are not getting enough power supply.

“There has to be a political will to support NAWEC financially in order to enable us be on the right footing,” MD Fatajo said.

“This is a sector that needs urgent attention, and we expect to have support from the authorities. We need capital injection to ensure that we have new generators that are efficient and reliable.”

However, he said there is an 11-megawatt project at Kotu power station currently under construction, which is expected to be ready in 8 to 10 months.

Also, he said, there is a 20 megawatt project funded by IDB [Islamic Development Bank]; and in the next 18 months, an additional 30 megawatts is expected to be added to the existing generation.

“In addition to those projects, we are also working with government to have something on emergency basis; it may be expensive, but it will help us stabilise the situation,” Mr Fatajo said.

“There are also a lot of investors interested in investing in the sector, and as such we are also encouraging public-private partnership.”

“We also want to diversify our sources of energy, and we have already signed a contract of 10 megawatts of solar to have an energy mix to reduce our operational cost.”

“Presently, 70% of our operating costs go to fuel, and even though a lot of parastatals owe us, we also owe suppliers.”

Boy in Court for Fraud