The sixth day of deliberations at the Third Ordinary Session of the Second Pan-African Parliament in Midrand, , focused on three issues: election observation missions to various countries, peace and security in , and the report on the administrative and financial evaluation of PAP.

When delivering the report on the state of peace and security in at the Pan-African Parliament, Hon. Marwick Khumalo, chairperson of the Committee on Cooperation, International Relations and Conflict Resolution made it clear that the continent still has a long way to go in achieving peace and security.

"Notwithstanding the remarkable strides that have been made in democratic governance, challenges with respect to peace and security at some flashpoints all over the continent continue to stifle movement toward progress in democratic development," he said.

In the Central African region, he expressed concern over the continued violence in the eastern parts of the Democratic Republic of Congo alluding to the fact that it undermines the peace that has been achieved in the country.

He made an appeal to those warring, saying, "We implore the parties to the conflict to come to terms, dialogue, and find a peaceful solution to stabilize the country."

In the East African region, Hon. Khumalo focused, among others, on and . With regards to , he bemoaned the increasingly deadly attacks carried out by the insurgent group Al-Shabab against the country's Transitional Federal Government.

He said, "Suicide bombings, unheard of in before 2007, have become increasingly frequent and the lawlessness has raised concerns that Al-Qaeda is trying to gain a foothold in the Horn of Africa".

He added that "African troops (from and ) protecting the government wage daily battles with Islamic militants who hold much of central and southern .

Khumalo said that the continued anarchy in the East African nation has "allowed piracy to flourish off the country’s coast".

On , Khumalo focused on the upcoming self-determination referendum that will take place early in January 2011.

He went on to say, "we propose that a solution be reached with respect to equitable sharing of resources between the north and south .

On the issue of the , Khumalo said that it remains a sore point in the North African region. It remains the only country on the continent that is still occupied by since the 1970s.

The stance of PAP on the issue was made clear by the chairperson: "the PAP is filled with consternation by the massive and repeated violations of human rights in the by Moroccan authorities", he said.

He appealed to the African Union and the United Nations to hold accountable for their actions and compel to "respect its obligations and to free political prisoners that it is holding in its prisons".

In Southern Africa, Andry Rajoelina’s leadership in continues to give the region a headache. Khumalo admitted that the issue was not an easy one.

"The situation in constitutes a real challenge for and the SADC Region in particular", he said.

Despite numerous attempts by SADC to resolve the political impasse in the Indian Ocean island, "this initiative has continued to come up against the will of Rajoelina regime to proceed with the elections in disregard of the spirit and letter of the and Addis Ababa Agreements".

In West Africa, he expressed hope that might be on the right track. "Following eight years of bickering and posturing in holding elections as a way forward, the critically remaining hurdle of voter registration has been achieved, thereby clearing the way for elections to go ahead", he said.

In relation to (), he remained hopeful saying that "a glimmer of hope now looms as the presidential run-off date has been set for 24th October 2010 between the two leading candidates". He urged continental and international bodies to play a role in ensuring that the vote is free, fair and transparent.

He urged the parliament to keep an eye on , saying that, "the bombing on the Nigerian 50th independence anniversary celebrations has thrown a spanner in the works". As the oil rich country prepares for elections next year, Khumalo warned that political rivalry could destabilize the country.

"The unfolding developments in this situation have to be closely monitored and managed as to avoid untoward repercussions for the democratic gains so far made".

A number of common sentiments arose from the debate following Hon. Khumalo's presentation, in particular the need for Early Warning Systems to be developed in order to curb instability in .

A number of areas were identified as the reasons for continued conflict namely, lack of democracy, unconstitutional changes of government, inter-tribal tensions and border disputes.

Many parliamentarians said that having the African Charter on Democracy, Elections and Governance could be the answer to resolving the problems facing many countries. 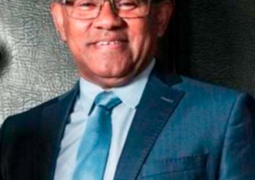