Charges have been withdrawn against Edrissa Jobe alias Alagie Morr Jobe, former head of special operations at the NIA, who was facing trial before the Banjul Magistrates' Court, The Point has confirmed through Chief Inspector Abdoulie Ceesay, Public Relations Officer of the National Drug Enforcement Agency, NDEA.

Jobe, who worked with the National Intelligence Agency as head of the special operations unit before being redeployed to the NDEA, was facing trial on two counts of being in possession of firearms without authority, charges that he denied.

"The case against Jobe has been withdrawn at the Banjul Magistrates' Court by the police. As a result of the withdrawal, the case has been rescinded," Chief Inspector Ceesay told The Point yesterday.

It would be recalled that prosecutors on count one alleged that Mr. Jobe, being the head of special operations unit of the NIA, failed to hand over an AK 47 rifle with 60 live rounds of ammunition issued to him while at the NIA, after being deployed to the National Drug Enforcement Agency.

The second count alleged that the accused person also failed to surrender a Carl Walter Pistol and 8 live rounds of ammunition, after he was deployed to the NDEA. 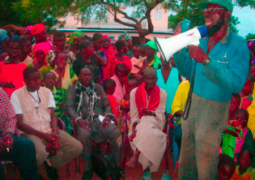