On 8 October 2010, Ann FC beat Brakers FC by 1-0 in the 5pm encounter of the same Nawetaan competition. Modou Jarju scored the only goal of the game for Ann FC in the 55th minute of the game from a penalty spot.

Ann FC have now collected maximum six points in two games while Brakers FC are yet to collect a point in two encounters.

In the 3pm kickoff of the same day, Tali Bi FC drew 1-1 with Strikers FC. Mustapha Minteh gave Tali Bi FC the lead in the 19th minute of the game while Tahir Darboe leveled the score-line for Strikers FC in the 59th minute.

Elsewhere on 9 October 2010, in the Kebba Sarr Trophy Sponsored by Kora Surr at the Biri-Biri football field in Ndofan Village, Lower Niumi District, North Bank Region, Mbulum FC were awarded three points and two goals by the Ndofan Sports Committee when their opponents Chamen FC failed to turn out for the game. 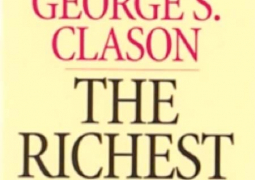