Based on all the ‘wars’ partisan politicians claim their opponents are waging on innocent parts of America, it’s a wonder any of us are still alive. The ‘war’ metaphor may win media coverage and rile voters, but it excludes the kind of debate that can actually solve problems.

It is a common observation that American political discourse has become rife with hyperbole and hostility. Fierce partisans on both the left and right, not content to simply point out errors in each others’ reasoning, frequently accuse each other of outright malevolence. This enraged tone is epitomized by the frequency with which policies and proposals are said to represent “wars” on various innocent sectors of society.

While the “war” metaphor may win media coverage and rile voters, it prevents Americans from having the type of debate that could lead to more effective responses to our society’s problems.

The length of the following list of examples, which was culled from mainstream politicians and commentators using simple Google searches, illustrates the extent of this phenomenon.

It’s a miracle any of us are still alive! Taken at face value, this partisan rhetoric claims there are wars being waged against virtually all Americans, with most of us being attacked on multiple fronts. Obviously this rhetoric is absurd, but the war talk is worth delving into because it is absurd in specific ways that have serious consequences.

Let us clarify what this particular war metaphor is not. It is different from the metaphor of war on social ills such as poverty, drugs, and terrorism. Warfare might be a simplistic model for these efforts, but we really do want to eliminate poverty, drug abuse, and terrorism, so in this sense, it is fair to say that we are waging war against them. However, the notion that any mainstream political faction is actually trying to harm the middle class, children, or the institution of marriage is not just simplistic but preposterous and grotesque.

The problem is not simply one of exaggeration. If it were, the distortion would be quantitative, but this distortion is qualitative. If partisans viewed their opponents as well intentioned but sadly mistaken in their beliefs, they could exaggerate by calling the other side uninformed, unreasonable, ignorant, stupid, or even idiotic.

The war metaphor means something different; it says opponents are not well intentioned but are engaged in a purposeful attempt to harm. Opponents might even be described as smart – in their intentional campaign to destroy segments of the American population and way of life.

The “wars” cited in my list have a peculiar characteristic: They are all secret wars. The other side never says they want to harm businesses, teachers, or the elderly – so how do partisans know their opponents have these intentions? Apparently, they believe they can read their opponents’ minds. Mind reading is a non-verifiable and therefore useless basis for policy debate.

The war metaphor might be politically useful, but it has deleterious effects on real policy discussions – and governance. Convincing groups of voters that the other side is purposely trying to harm them puts an end to reasoned argument by framing the situation as one requiring self-defense against an attacker.

For fierce partisans, demonizing the other side produces cathartic feelings of angry self-righteousness and attracts large audiences in the media, but such discourse has nothing to offer people who are genuinely interested in figuring out effective policy options. By fundamentally misidentifying the cause of bad policy as evil rather than error, this metaphor wrenches discussion away from its proper emphasis on observable facts, quality of logic, and predicting the consequences of societal actions.

The “war” rhetoric not only stymies real political debate, it derails the progress government (and citizens) could make in tackling the country’s most pressing problems. Our politicians and pundits should give up this manipulative form of rhetoric. And citizens should support leaders who exchange this cheap emotional ploy for the hard work of evidence-based reasoning and persuasion.

An ABC News/Washington Post poll taken earlier this year found that half the American public felt political commentators (on both the left and right) have “crossed the line in attacking the other side.” At a time when partisan gridlock rules and only 12 percent of Americans approve of Congress (New York Times/CBS poll), participating in constructive, fair dialogue, rather than issuing cries of alarm and condemnation, is in politicians’ best interests.

There are a number of organizations trying to move our political debates in this fair-minded, reason-based direction. Their websites do not offer the emotional stimulation of a hyperventilating talk show host, but people who want to learn, think, and develop solutions for our society’s problems would do well to start with No Labels, Constructive Debate, and ProCon.org. Guest commentary - Source: The Christian Science Monitor

By Jeremy Shapiro is a psychologist and director of YouCutTheBudget.com.

Political language... is designed to make lies sound truthful and murder respectable, and to give an appearance of solidity to pure wind. 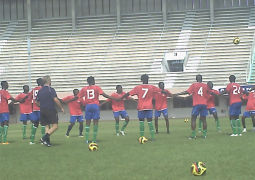