The sudden death Saturday of a middle-aged man in an accident at the Barra ferry terminal has pointed out again the need to make our ferry services much safer in the interest of humanity.

Of recent, there have been a lot of complaints, even at the National Assembly level, about the condition of the ferries plying the Banjul-Barra river crossing.

Following this latest incident, questions are once again being raised about the safety of some of the ferries plying from to Barra.

Indeed, many are sceptical about the safety of the ferries, and complaints are frequently heard about the present condition of the ferries in causing "delay at both terminals, particularly for vehicles".

It is hoped that these concerns are addressed as quickly as possible, as highlighted by this latest accident involving a vehicle and the loss of life.

While many blamed the accident on the lack of a barrier to stop the vehicle, which was already parked inside the ferry, from plunging into the river, the Gambia Ports Authority (GPA), as evident in our report on the accident, seems to have a different view regarding the incident.

Whatever the case, this is not the time for belabouring the point about who is to blame for the accident; rather it is time for action.

The management of the GPA should put every safety measure in place in our ferries to give the passengers crossing a reasonable degree of assurance that the ferries they board are perfectly safe. This is the feeling all around, at the moment.

The GPA should and must be seen to take immediate steps to put aside any ferry that is no longer safe for use by the travelling public, and nothing should be taken for granted. The overriding consideration should be the safety of the people.

Though accidents do happen, some accidents could definitely have been avoided if more care had been taken to carry out a rigorous inspection prior to departure.

As an immediate measure, ferries that are no longer in a good condition should be removed from operation without delay. Any ferry that needs maintenance should be given the immediate attention it deserves.

Also, extra inspection should be conducted on ferries routinely, shortly before their departure. Captains should be extra vigilant about the state of their ferries; they should not at any point in time ignore any abnormality in their ferries. 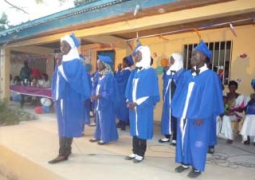