The Gambia U-17 will battle against opponents for the finalists of the CAF Rwanda 2011 U-17 Championship set to take place this weekend after the second leg matches of the second round.

Defending champions The Gambia lead the bunch of contenders for a place at the continental cadet championship. The Baby Scorpions will come up against their Tunisian counterparts who have a 3-2 advantage from the first leg.

However, coach Lamin Sambou's team has yet to drop at home and is highly tipped to halt the campaign of the North Africans with its goal hunter, The Gambia U-17's Captain Buba Jallow, who scored the brace in the first leg.

The Baby Scorpions edged out another North African side, , at the previous round, and the desire to defend their title at the ninth edition of the biennial championship serves the motivation.

The Gambians are bent on rewriting history after failing to qualify for the 2007 edition in despite emerging winners in 2005 on home soil.

Head coach Lamin Sambou remains upbeat over the Baby Scorpions’ chances of reaching the finals of the 2011 African U-17 Championship in , despite his failed attempt to guide The Gambia to victory in in the first leg.

The team almost snatched a 2-2 but succumbed to a 3-2 defeat when the boys unfortunately conceded a last-minute goal owing to lack of concentration from the players.

Hosts Rwanda have qualified automatically while Egypt, according to cafonline, have reached the final round following the withdrawal of Mauritius, and the identity of the remaining six teams will be known during the weekend.

s Black Starlets face a dicey test in against in their quest to reach the final tournament after missing out on the last edition in last year. The Ghanaians, winners in 1995 and 1999, have a two-goal advantage but face a Senegalese team that have scored four goals in their last two games at home.

However, Coach Frimpong Manso remains upbeat about his team's chances against the Junior Teranga Lions.

will seek to prove to all that their defeat of at the previous encounter was no fluke, when they meet with in , with their resting on a 2-0 win from the first leg.

will play host to in , to clash with in while look set to complete a double over in . 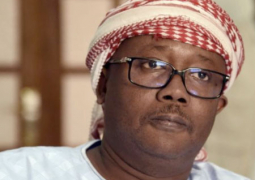 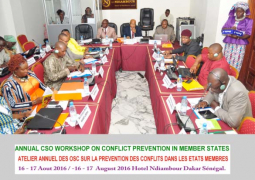