We said in these page the last time that it will all be there for us to see at the end of the exercise and as it is at the moment, things are slowly and surely becoming clear for the general public to see.

It has been reported that the National Assembly is going to take legal action against those defaulting Public Enterprises/Agencies that fail to submit their annual reports, accounts and financial statements by the set deadline of .

This must be seen to be done because nothing can be more accountable than holding Public Enterprises/Agencies of any country accountable to the taxpayers.

During a press briefing last Thursday at the National Assembly, the speaker of the National Assembly, Hon. Fatoumatta Jahumpa-Ceesay, who is also the chairperson of the Joint Committee stated, "after sending reminders to all Public Enterprises/Agencies to submit their annual reports, it has come to the notice of the committee that some Enterprises/Agencies blatantly refused to submit their annual reports, accounts, financial statements for parliamentary scrutiny or even refuse to attend the joint session as scheduled."

Whether they've refused to submit or not, Public Enterprises/Agencies should know that they are only deceiving themselves, because sooner or later their inadequacy or whatever will stick out like a sore thumb. Then it will be very interesting for us all to see who was not doing something right or who is not taking the taxpayers seriously.

Yes the exercise, as we expressed recently in these pages, may not be popular with some, especially those involved in dubious dealings, but we should all understand that it is geared towards performing lawful checks, scrutiny and oversight over Public Enterprises and Agencies and the public service delivery systems.

Taxpayers should know how their money is being used and this is one way of enabling them to know about it. We would therefore want to encourage the joint committee of the National Assembly to go ahead as soon as possible and take legal actions against defaulting enterprises/agencies. . In a significant way, this will serve as a deterrent to those public enterprises/agencies that would in future engage in such practices. 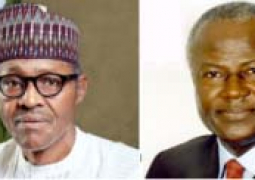