According to our sources, King’s arrival into this high office was widely welcomed by members of regional sports committees across the country, and the ministry of Youth and Sports, which has great respect for him.

The chairman of the NSC is one of the most influential positions in Gambian sports and, as head of policy in the council, the chairman presides over all meetings and exercises control over administrative and financial matters.

Lamin King Coley hails from Brikama, where he served in youth and sports affairs diligently leading to his election as chairman of the town’s sports committee, and greatly contributed to the formation and success of Brikama United Football Club, which won The Gambia a title a few years ago. 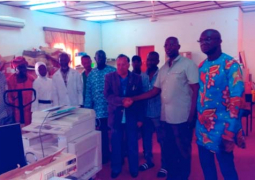