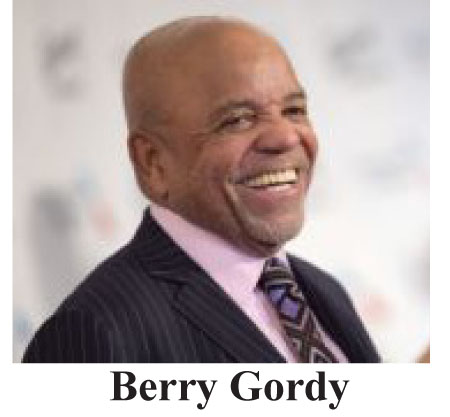 We have always maintained that Jazz music is the umbrella that encompasses all other forms of music, and as we continue to write about jazz, it is helpful at times to veer into other genres and try to show the links that exist in our musical tree. The sound of Motown is synonymous to R&B and over the years, it has grown to become a genre of its own. It was an irresistible force of cultural and social change with its mark being made not only in the music industry, but society at large. The Motown sound communicated and brought together a racially divided country and segregated society, around the world, touching people of all ages and races. It became a record company with an enormous influence on both the style and substance of popular music and culture. Motown assembled the soul and pop classics that changed America. Arriving at the height of the civil rights movement, it was a black owned, black-centered business that gave white America something they could not get enough of; - the music was joyous, sad, romantic, grooving, and moving. The music was full of great melodies, lots of tambourines and hand clapping, blaring horns, driving bass lines with interplay between the lead singers and their backup vocalists, and even if you couldn’t put your finger on it, when a Motown song got played, it was readily recognized. Throughout the sixties, Motown produced a catalog of songs that cannot be rivaled. “You’ve really Got a Hold On Me,” “Heat Wave,” “Dancing in the Street,”“Tracks of My Tears,” “My Guy,” “Reach Out, I’ll Be There” “I Can’t Help Myself,” “Get Ready.’ These were all simple love songs that told simple stories often in joyous or sad ways.

It all started a little over half a century ago, on January 12th 1959 when a young songwriter named Berry Gordy founded his company with a loan of $800 from his family, marking the birth of the “Motown Record Corporation.”His birth name is Berry Gordy Jr. He was born in Detroit, Michigan on November 28th 1929 to the middle class family of Berry Gordy 11 and Bertha Fuller Gordy. Berry Gordy 11 was the son of Berry Gordy 1 who was the son of James Thomas Gordy, a white plantation owner from Georgia and his female slave Esther Johnson. Berry Jr is related to former president Jimmy Carter through Carter’s mother, Bessie Lillian Gordy. (We say all this to show an interesting relationship between white and black America) Berry Gordy Jr. was a man of vision, drive, talent and determination. He was a music producer, innovative entrepreneur, and teacher. The Gordy family originated in Sandersville, Georgia, but relocated to Detroit in 1922 lured by the many job opportunities for black people offered by the booming automotive business at that time. Berry Jr’s older siblings were all prominent black citizens of Detroit, but he was a different kind of fella’ with a different drive. He dropped out of high school in the eleventh grade, hoping to become a professional boxer and becoming rich quick. He would pursue this career until 1950 when he was drafted by the U.S. army for the Korean War. After returning from the war in 1953, he got married and started developing interest in music. He wrote songs and opened a record store featuring jazz music. This did not turn out the way he anticipated, and with his family connections, he was able to find work at the Lincoln-Mercury auto plant. While working at this plant, he met the owner of the Flame Show Bar Talent Club, and it was here where he would meet singer Jackie Wilson and started working with him to make music.

In 1957, Wilson recorded “Reet Petite”, a song that was co-written by Gordy and his sister Gwen with writer-producer Billy Davis. He also collaborated with Gwen and wrote another song for Etta James called “All I Could Do Was Cry” which appeared on Chess Records. Gordy reinvested the profits from his songwriting ventures and moved into producing. That same year, he discovered The Miracles who were originally known as The Matadors, and befriended the lead singer Smokey Robinson with whom he started building a portfolio of successful artists’. In fact, it was at the urging and encouragement of Robinson that he created his first record label- Tamla Records. Under Tamla, he released “Come to Me”by Marv Johnson which was followed by “You Got What It Takes”. Later in 1959, Berry released his third record “Bird Girl” by The Miracles which became the first –ever release on the Motown record label. This was followed by Barrett Strong’s “Money (That’s What I Want)”, and in 1960 The Miracles came out with “Shop Around” which peaked to No 1 on the national R&B charts and established Motown as an independent record company worthy of notice. Later in 1961, Gordy produced the song “Mr. Postman” by The Marvellettes which also made it to the top of the charts.

Berry was now well on his way to establish his own record company. He called it Motown as a tribute to Detroit which had long been known as “Motor City”, but he changed the word “City” and replaced it with “Town” in recognition of what he felt was the down-home quality of the warm and soulful people he grew up around. He bought his first property in Detroit and converted the garage into a small recording studio, and the kitchen into a control room. He hung a sign on the property naming the house, Hitsville U.S. A. He later explained that the sign was meant to declare that when you step inside the house, be prepared to sing, dance, write, produce, sell or manage. The standing debate at the company was which was more important, Creativity or Marketing. At first, it was 90% creative 10% business, but it will change later to 98% business 2% creative. Berry did not like this development but had no choice because music was a business and he was in the business of making music. Gordy was a man full of positives, and always tried to apply the experiences he learned to his business. He had spent some tedious time working on the assembly line at Detroit’s Lincoln Mercury automobile plant, and was amazed at seeing how a bare metal frame would roll down the line and come out at the other end, a sparkling new car. This fascinated him and inspired him to do the same with his music, by creating “a place where a kid off the street could walk in one door, an unknown, go through the process, and come out another door, a star.” His experience at Lincoln thought him about Quality Control and he would use the same set up at Motown to ensure that only top products were released. Meetings were held on Friday mornings where producers would submit their product to be voted on. All were free to express honest opinions; the competition was fierce but so also was the love and togetherness. The artists flourished in this process as well as the songwriters and producers like Eddie Holland, Lamont Dozier and Brian Holland (Holland-Dozier, Holland) Norman Whitfield, Ashford and Simpson with the ever-present Smokey Robinson. They were all as distinctive as the artist they produced. There was outstanding talent at Motown, the session musicians known as the Funk Brothers played on almost all the songs that came out of HITSVILLE. There was Stevie Wonder, whom the label discovered when he was 11, Marvin Gaye who wanted so much to be a jazz crooner before finding his own niche, and then there was Diana Ross.

In  1960, Gordy signed an unknown singer called Mary Wells making her the first star of the Motown label with Smokey Robinson penning her hit songs “You Beat Me to the Punch”, “Two Lovers”, and “My Guy”. Berry had a gift for identifying and bringing together musical talent and with the careful management of his artists’ public image; he made Motown a major national and international success. Over the next decade, he signed such artists as The Supremes, Marvin Gaye, The Temptations, Jimmy Ruffin, The Contours, the Four Tops, Gladys Knight and the Pips, The Commodores, The Velvettes, Martha and the Vandellas, Stevie Wonder and The Jackson Five. He also signed various white acts but largely promoted African-American artists carefully controlling their public image, dress, manners and choreography to give them an across the board appeal. Motown became the pride of Detroit and that of black America. However, in 1967, things changed. Inner city America was going through a difficult period and there were riots in most of the major cities including Detroit. This coupled with the dissatisfaction of the Holland Dozier Holland connection over the disparity between the successes of their work in comparison to their pay, decided to leave Motown. Gordy was also starting to show interest in film and movies, and would later move to Los Angeles in 1968. While in L.A., he produced a movie about Billy Holiday starring Diana Ross entitled “Lady Sings The Blues”, and also produced some of Stevie Wonder’s most memorable albums, “Talking Book” “Innervisions” and “Songs in the Key of Life” Although Motown continued to produce major hits throughout the 70’s and 80’s including The Jacksons, Rick James, Lionel Richie and Tina Marie, the record company was no longer the major force it had been. In 1988 Gordy sold his interest in Motown to MCA and Boston Ventures for $61 million, and later sold most of his interest in Jobete publishing to EMI Publishing. (Jobete was a publishing company Gordy operated to compliment his record company) Berry has written or co-written 240 songs for Motown’s Jobete music catalogue, consisting of over 1500 songs. Berry Gordy Jr. is still alive and living in Los Angeles, California and the Motown sound is now practically a genre of its own having left an indelible mark on the music industry worldwide. There is more to the story of Motown, but all of it cannot be captured here. Gordy once commented on the success of the musicians he gathered at Motown, saying that it was interesting to see the stars he created and controlled, propelling out of control into orbit and now controlling him. This fascinated him and gave him a lasting impression into Power and what it can do. 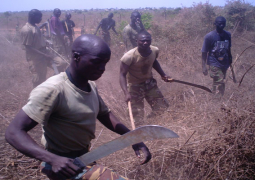