In his testimony, Lt. Colonel Njie informed the court that he knew the 1st accused Lt Camara [as one] who was posted at the State Guard Battalion as Senior Orderly to the President.  "I also know the 2nd accused Superintendent Manlafi Sanyang who was posted at state House as Government Vehicles Controller," he added.

Lt Col. Njie adduced that on 21st January 2008 he was informed by the 2nd accussed, Manlafi Sanyang, that he was asked to make a transfer of a particular vehicle to the 3rd accused, Domenico Fedelish, and that it was a Korando verhicle.  "I know the vehicle.  It was at State House and a state vehicle.  The 1st accused, Lt. Bakary Camara, also told me that he was asked to make a transfer by the 2nd accused to the name of the 3rd accused," he revealed, adding: "The 2nd accused said he wanted to know whether I had any knowledge about it.  I told the 2nd accussed to go back and find out from the 1st accused."

The case was adjourned to 2nd May.

Meanwhile a separate case involving only Manlafi Sanyang was struck out by Magistrate Kayode for lack of diligent prosecution. He was in this case accused of stealing a State vehicle BJL4591A and also the sum of D75,000 being proceeds realised from the sale of the said vehicle. 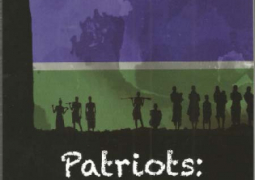