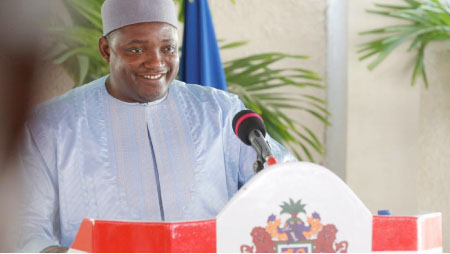 “I swore twice by the Holy Qur’an, in Dakar and in The Gambia, to defend and act according to the national Constitution. Under these circumstances, I cannot accord the Coalition Agreement preference over the Constitution,” President Adama Barrow says in his New Year message to the nation.

“To resign after three years in office implies betraying the people, multitudes of whom continue to pledge support for my government and our development agenda.”

“While tendering my resignation is not unconstitutional, as some people argue, it is irresponsible and imprudent to do so if it is not prompted and justified by principles linked to statehood and the people,” he added.

He added that the desire to dislodge dictatorship by all democratic means guided the coalition in the development of the Coalition Agreement.

“After I took up office, the gravity of the institutional failures, abuse of office, human rights and bad governance became more apparent.  Thus, the need to weigh fulfilling the Coalition Agreement and acting on the Constitution I swore to uphold. The confidence and mandate entrusted upon me have subsequently guided my decision to respect the voice and will of the people, by maintaining to serve the full Constitutional mandate of five years,” Mr. Barrow further stated.

He said it is in the same spirit that both the Legislative and Local Government Elections occurred. He argued that circumstances now dictate that national development and the national interest take precedence over partisan or sectional interests.

“I have judiciously counselled myself to bow to the will of the people, and I refuse to yield to the sentiments and ambitions of a minority group. For this reason, my decision is to complete the five-year mandate stipulated in the Constitution for a sitting President. I am not ill disposed in any way to warrant my resignation as President.”

“In consequence, the next Presidential Election will be held according to schedule in 2021. For this purpose, the electoral reform process is in progress to ensure that all national elections are free and fair.”

“The greatest threat to the nation is disorder and instability. Lawlessness will undermine the peace and tranquility we now enjoy,” the president preached. 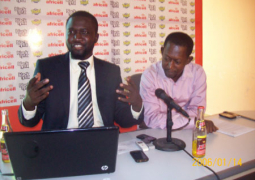 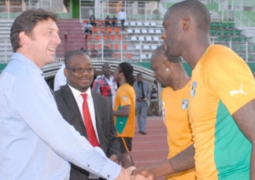