The Ansurudeen brotherhood of The Gambia was created in 1950 by Mawlana Sheikh Ebrima Nyass RTA.

He then became the first registered member of the institution with the No. 1 membership card.

In The Gambia in 1962, the Federation Ansarudeen came into existence with its first President, Alagie Kebba Bittaye, with Mam Mbye Cham as his assistant.

The attributions of the Federation Ansurudeen covers various areas like mobilizing Sheikh Ebrima Nyass RTA followers in The Gambia, organizing them into diarras, and backing them into humanitarian activities, propagating the teachings of the Sheikh which are to be found in the teachings of the Prophet Muhammed (SAW) in his prestigious Halifa SheikhAhmed Tijan Sherifff.

He was a multi-dimensional personality in the Senegambia sub-region and beyond. As Sheikh Ahmed Zukarij, a Halifa of Mawlana Sheikh Ahmed Tijan said: “You are but full of light in the dynamic human form.”

His extraordinary vision as the man of God not alone well abreast of actualities and their implications, but also very active in defending and protecting the values of Islam, with a vast spiritual dimension inspired him in the 60s to talk about the globalization of the world as a global village, when exchanging with Mr Leonid BreznevthenPresident of the Soviet Union in Accra, Ghana, as guests of late Presient Kwame Nkrumah. The same spirit inspired him to call all Muslims to unity as servants ofGod.

His followers in parts of the world should organised themselves into well-structured Islamic-oriented diarras and federations with executives and broad-based membership, but also with an agenda , plan of action, and congress held on a regular basis at the national and international levels.

The Federation Ansurudeen Gambia chapter has organized many religious events of international scope, and assisted the Faydatou in its daily expressions.

It has also participated fully in all works for the extension of theMedina Bai Mosque and other infrastructures.

The holding of Mawlud, Ziarra and other eventsin Medina Bai and elsewhere have among other achievements, under the leadership of Alhaji Sulay Jobe, succeeded in organizingtwowell-attended congresses precisely on27-28 November 2004 and 9-11 March 2007 under the Halifa Sheikh Ahmed(Dam) Ebrima Nyass.

Actually, meetings are going on regularly at the federation’s headquarters at Spalding Curve Banjul, to which all members are invited on a weekly basis to attend.

However, plans are also under way to organise the 3rd congress in 2015 with the full support and blessings of the actual Halifa Sheikh Ahmed Tijan Ebrima Nyass, who is known to be the major advocate of the progress of the Federation Ansurudeen as per the vision of his venerable father Bai Nyass.

Prior to that big event, there will be a major Islamic conference orgainse by the Federation Ansarudeen in Banjul on December 6th 2014with the commitment of all diarras and members, under the leadership of Alhagie Imam Muntaha Faye.

The elders committee ( Mijilisohra) under the leadership of Alhagie Mustapha Kebbeh, the Youth Committee(Shababa) headed by Alah Mbowe, the women members such as Agi Ya Ndey Janha, Agie Fatou Cham Baba, Agie Kombe Sohna and Agie Mama Cham all are moving as one for the success of the conference.

The Imamul Arbar Sheikh Ahmed Tijan Alieu Ceesay will be the lecturer at the conference, following the path of this illustrious elder and predecessor Imam Sheikh Assan Alieu Ceesay (RTA).

He will be at the head of an important delegation made up of followers and members of the vast family of his grandfather and beloved spiritual guide Mawlana Sheikh Ebrima Nyass RTA.

His lecture will be the basis of Faydatoul Tijani.

This Islamic conference will be the first where he will lecture in The Gambia, since his nomination as imam. 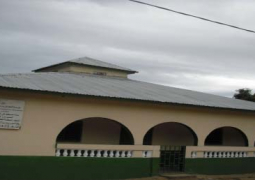 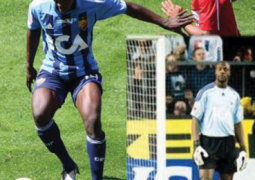