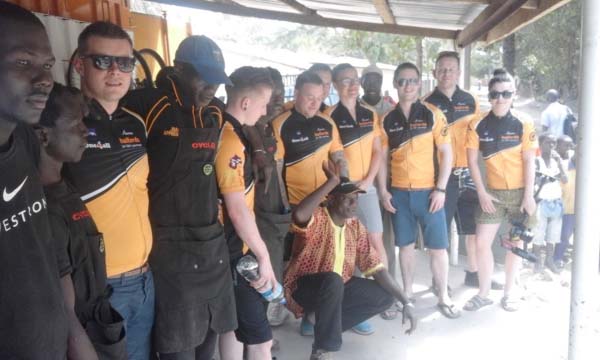 Halfords, a charitable organisation based in Ireland, has recently presented 49 bicycles to Wonder Years Centre of Excellence (WYCE), an NGO based in Medina Salam village.

The bicycles are meant to be used by the children travelling outside Medina Salam for schooling.

Speaking at the presentation ceremony, the village alkalo, Sisawo Touray, thanked WYCE for their commitment and efforts towards the development of Medina Salam.

He said since the coming of WYCE to the village, their difficulties have been reduced particularly in the areas of health and education.

Speaking on behalf of Halfords, Steve Reynolds, an Irish, said they donated WYCE the bicycles so it could continue to help the children of the village who travel to other communities for schooling.

The managing director of WYCE, Lamin Kijera, said the collaboration between WYCE and Halfords started this year but already WYCE and the community of Medina Salam have benefited a lot from it.

He said the recent donation is a testimony to that as the bicycles would help the children of the village to get to their schools in time.

Madam Gail Barry, finance manager of WYCE, said the organisation came to the community of Medina Salam to support the children in terms of education and health and they are ever committed to that cause.