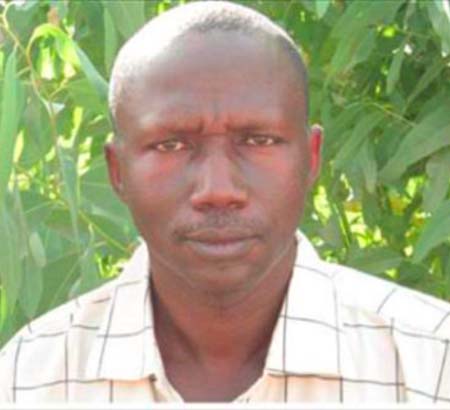 Omar Sompo Ceesay, Governor Upper River Region, has said that African countries must unite because the present generation is quite confident that the destiny of Africa lies in their hands and minds.

Governor Ceesay made these remarks on Thursday during the opening of the 26th Edition of SAFRA, which is currently underway in Basse.

The quest for African unity had been inspired by the spirit of Pan Africanism focusing on liberation, political and economic independence, he said.

Ceesay called upon ECOWAS and the African Union to work for the establishment of SAFRA as a person-to-person mechanism in order to create awareness, which would lead to full economic integration.

SAFRA, he added, is a first step mechanism used in the control and prevention of conflict, and to adopt resolutions nurturing a culture of peace and tolerance for African children and youth.

It was of great joy to see people from far and near come together to celebrate life, dreams, aspirations and forge forward for the betterment of our various states in order to experience peace and stability, he continued.

The Governor expressed appreciation to the founders of SAFRA for their success in the fight against all forms of discrimination, and for free movement of people, goods and services.

Governor Ceesay reminded delegates that the gathering is meant to invest in youths, who are indispensable characters of fortitude and patriotism.

He thanked everyone that had in one way or the other contributed in the hosting of the event in his region.

He added that the theme for this year’s confab is: “Cooperation for peace, integration and sustainable development within SAFRA countries and by extension ECOWAS as a sub-region.”

The rationale behind the SAFRA convergence is to bring together participants, mostly young people from different member countries, to discuss pertinent issues and strategies to promote and sustain sub-regional peace and integration, particularly among its future leaders and parents, he went on.

Young people are expected to engage and instill a sense of responsibility among them to foster regional integration, discuss broader socio-economic and cultural issues relevant to the development of member states and communities, in a bid to create and sustain regional peace for today, tomorrow and for generations yet unborn.

The SAFRA initiative in promoting sub-regional integration, peace, trade, youth and sports development through culture, sports and profession is in line with the Gambia government’s development priorities and, indeed, in line with our national youth policy and the Ministry of Youth and Sports strategic plan, the minister continued.

The Gambia government under President Yahya Jammeh would continue to prioritise youth issues in its development priorities and projects, he further stated.

“We have establishments of various institutions, facilities and programmes that are all meant and geared towards developing our young people,” and giving them opportunities for self-fulfillment, as well as giving young people platforms through which they could harness their skills and talents, and also expose them.

He also said that they are working hard to ensure that young people are well provided for and nurtured, so that they could contribute their quota to national development, their own development and well-being.

“The sub-region is faced with youth challenges, and collective efforts are needed to combat, for example, youth irregular migration.

“I do not see any illegality or irregularity in migration because it has been in existence from the day we all came down on earth.

“It is to our benefit for people to move out and go and get education or economic empowerment, and come back to the country to contribute their ideas to improve the country’s welfare, but of course we know not all the people who go or intend to go end up doing positive things,” he went on.

The minister called upon those people to think of themselves first, where they come from and value those places.

“SAFRA is being held for 26 years now, and we are still not able to have close interaction or integration between our countries,” he observed.

Antinio Queba Banjai, Conselheiro do Primeiro-Ministro from Ginuea Bissau, in his remarks, commended President Jammeh in facilitating dialogue between the Bissau-Guinean actors in the cyclical political crises that have marked their country, and the support expressed on several occasions to solving some of the most burning issues of the Bissau-Guinean people.