Magistrate Tabally of the Kanifing Magistrates’ Court yesterday advised the prosecuting officer, Chief Inspector Touray, to file fresh charges against the three nurses at the Serrekuda Health Centre, Awa Beyai, Awa Sanneh and Ndey Ceesay, who were charged with neglect of official duty and abuse of office, charges they earlier denied.

When the case was mentioned, Chief Inspector Touray rose and told the court that he was representing the IGP.

Lawyer Edward Singhteh announced his representation for the first accused, and counsel Kebba Sanyang said he was representing the third accused.

Prosecutor Touray then informed the court that he had received consent from the Attorney General’s Chambers to prosecute the accused persons on count two, which was earlier struck out by the court.

He applied to amend count two.

Kebba Sanyang told the court that what the prosecutor could do was to file fresh charges against the accused persons, because count two was already struck out.

He said if the prosecutor filed fresh charges, the accused would then enter new pleas.

He applied to the court to maintain the bail condition of the accused, pending the amendment.

Edward Singhateh told the court that he was associating himself with the application made by Kebba Sanyang.

Magistrate Tabally, at this juncture, advised the prosecutor to file fresh charges against the accused persons, so that they could enter new pleas.

Count two stated that on the same date and place, the accused persons, while employed in the public service as nurses, abused their office by failing to attend to a pregnant woman in the person of Isatou Sambou which was predijucial to her right. 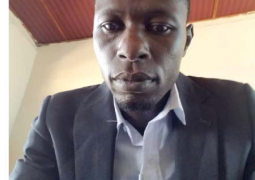