WHO briefs Journalists on health-related MDGs

The World Health Organization (WHO) country office recently briefed local journalists on progress so far made towards the attainment of Health-related Millennium Development Goals.

In presenting a paper before reporters, Dr Thomas Sukwa, WHO Representative in the , explained that in year 2000, 189 heads of state adopted the UN Millennium Declaration.

According to him, during this meeting, countries and development partners were asked to work together to reduce poverty and hunger, and tackle ill health, illiteracy or lack of education, gender inequality, lack of access to clean water, and environmental degradation.

He told journalists that among the eight MDGs established with targets for 2015, together with indicators to monitor progress, three are related directly to heath.

The country WHO boss said further that the MDGs related to heath include MDG 4, to reduce child mortality by two-thirds; and MDG 5, to reduce maternal deaths by three-quarters and achieve universal access to reproductive health.

He noted that MDG 6, which calls for halting and reversing the spread of HIV/AIDs by 2010, incidence of malaria and other major disease, are all health-related MDGs.

Dr Thomas further stressed that the country is off-track regarding achieving MGD4, as IMR declined by 10.7 per cent in the ten-year period to 2003, and the under-5 mortality rate declined by 26.7 per cent over the same period.

He also said the rate of decline between one census and the other will entail that IMR and under-5 mortality will have to register declines of nearly 50 per cent each from 2003 values if the country is to achieve the MDG targets.

Dr Sukwa added that despite this negative outlook, a major success story had been the high immunization coverage, including the measles target that had been achieved by The Gambia.

He further commented on MDGs 6, saying The Gambia had made significant strides to achieve universal coverage to the key malaria prevention and control.

He said that despite the challenge posed by inadequate data, one can conclude from recent surveys and studies that positive progress had been made in the fight against the major diseases under review.

He says what needs to be done is to accelerate coverage of key interventions, coupled with collection and analysis of quality national data through conduct of demographic health surveys. 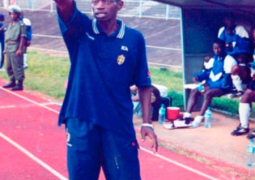 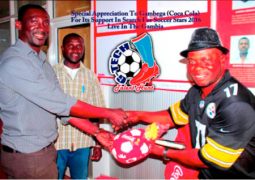