Gambia Ports Authority have renewed their lead in the 2015-2016 First-Eco Partners-sponsored Gambia Football Federation domestic division one league after grabbing two victories and one draw in their opening league fixtures with 7 points.

The ferry boys will be working hard to win their remaining fixtures in the first round to fancy their hopes of clinching the league and also end six-year trophy drought since the 2009/10 season.

Wallidan are occupying second spot in the league with 6 points after snatching two victories and conceding a defeat in their three league matches.

The blue boys will be tracking to win their remaining league fixtures in the first round to boost their hopes of landing the league title since the 2007/8 season.

Samger, Brikama United and Gambia Armed Forces are sitting third, fourth and fifth places with 5 points each in three games. They will be eyeing to grab victories in their remaining fixtures in the first round to keep their league title hopes alive.

Banjul United and reigning league champions Gamtel are occupying sixth and seventh places in the league with 4 points in three games, but Banjul United are leading on goal difference.

The city boys will make all efforts to win their remaining fixtures in the first round to maintain their chances of grabbing their first-ever league since making their debut in the country’s domestic league football in 2010.

Telecommunications will be working hard to hit their target to recover in their remaining league fixtures so as to fancy their hopes of retaining their 2014-2015 domestic division one league crown at the end of the season.

Steve Biko, Real De Banjul, Hawks are struggling in the league with 2 points each in three games. They will try hard to conquer and recover in their next league fixtures to move away from the relegation zone in order to stand in contention for the league title race.

Serrekunda United are languishing at the bottom in the league with a single point in three games and will be vying to win their remaining fixtures in the first round in order to avoid relegation to the second tier and to remain in the premier tier. 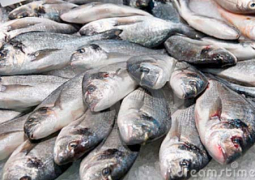