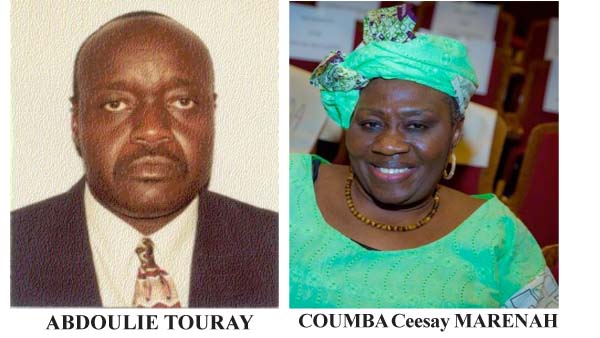 Global Prosperity and Peace Initiative (GPPI), an International not for-profit organization with its headquarters in the United States has recently appointed Mr. Abdoulie Touray, a Gambian, as one of its Prosperity and Peace Ambassadors. He is the National Peace Ambassador for The Gambia with responsibilities for building the organization’s programs and activities in country.

With this appointment, Mr. Touray joins the “Family” of global prosperity and peace-makers.  He carries the mandate to upscale and optimize grassroots and national efforts to promote peace and prosperity in the Gambia and he will work with other Peace Ambassadors in 196 countries of the world in particular the Africa region.

In collaboration with the GPPI Regional Director and GPPI Executive Director, Mr. Touray will participate in delivering insights and guiding the organizational partnerships with national and in country regional based institutions, multi-lateral development institutions, volunteers and philanthropic groups to advance objectives in GPPI’s focus areas of building, strengthening and promoting a culture of peace and prosperity worldwide, as well as addressing GPPI’s goals to bring about Love, Peace and Prosperity on Earth.

Mr. Abdoulie Touay is a Chartered Consultant. He is also the founder/Chairman of Sahel Consulting whose major function is building the Economic capacity of Gambians and others from the West African Sub-region))as well as the President of Mahatma Gandhi University, The Gambia. He has considerable local and international experience in investment banking, financial management, private sector development, and privatization, as well as in public enterprise management, human resources development, economic management, and capacity-building.

Mr. Abdoulie Touray also served as the President of the American Chamber of Commerce (AmCham), The Gambia. Prior to his founding of Sahel Consulting, Mr. Touray was the Chief Executive of the former National Investment Board (NIB), The Gambia’s investment management and promotion agency.

He earned a Master of Business Administration (MBA) in Management Finance from Atlanta University, Bachelor’s Degree in Economics from Morehouse College in Atlanta, Georgia, Mr. Touray served, and still serves on numerous Boards of Directors including as Alternate Governor of the Multi-lateral Investment Guarantee Agency (MIGA) of the World Bank Group. His abilities, competence and achievements are best appreciated in a testimonial from the United States Agency for International Development (USAID) which states: “Mr. Touray’s unusual professional competence includes not only a solid grasp of the broad parameters of private sector economic reform but also the crucial attention to detail called for in the selection of and negotiation of privatization contracts’’.

Also, in the note appointing Mr. Abdoulie Touray, the Founder/Director of Global Prosperity and Peace Initiative, Dr. Paula Fellingham implicitly appreciated Mr. Touray as one of the rare like-hearted individuals who can aid in promoting peace and prosperity around the world. She expressed her enthusiasm about Touray’s ability, experience and expertise and strongly believes in his ability to contribute immensely to GPPI’s mission towards bringing peace and prosperity among peoples and nations of the world.

Coumba Marenah is an Alumnus of the Graduate School at University of Reading, United Kingdom where she earned her Master’s Degree in Rural Social Development specializing in Development Planning and Gender in Development. Marenah served the world’s governing body, the United Nations, in various parts of the world as a development expert and specialist in Gender, Human Rights, Empowerment of Women, among others; in Maldives, South Sudan, Ethiopia, among others. She is reputed for volunteering her time, talent and passion to improve the lives of millions of people. Among the organizations she volunteered in includes RESULTS an advocacy group that engage with Senators, Congressmen/women and other key organizations to provide policy directions and funding on key issues eradicate poverty.  Every year, Coumba and other RESULTS members attend the Annual conference in Washington DC and also hold meetings with the policy makers at Capitol Hill.  Coumba’s contributions at such meetings is always highly valued.

In the Gambia, Coumba held various leadership positions in the over 25 years’ service.  She was  Minister for Health, Social Welfare and Women’s Affairs, Deputy Head of the National Women’s Bureau, first female Cooperative Secretary to handle a Marketing Society, Head of the Women’s Programme unit of the Government Department of Community Development, Board member of the Gambia Family Planning Association, Board member of the World Vision Gambia branch among others. She was also a board member of the Alaska Immigration Justice Program the only NGO in Alaska that advocate for immigrants to legally settle in Alaska. Coumba is also one of the founding members of African Women’s Development and Communication Network (FEMNET) and the Vice Chairperson responsible for West Africa from 1987 to 1998 before she joined the United Nations.  FEMNETa pan-African organization working to advance women’s rights in five key areas: leadership and governance, economic empowerment, sexual and reproductive health and rights (SRHR), women in the media, and institutional strengthening of women’s rights groups.

Coumba has represented the Gambia in several International and National fora where she presented key policy documents that forms part of regional and global policies.  These include the World Social Summit in Copenhagen in 1995, where she presented the Gambia’s position paper; the World Health Assembly Geneva in 1995 as the Chairperson of the West African Health Community where she presented the Community’s position; 1977 Africa Regional Conference in Mauritania, reviewing progress made since establishment of the International Women’s Decade and also establishment of the CSO forum.  As Deputy Head of the Women’s Bureau she also provided support to the First Ladies and accompanied them at their Conferences, since the Gambia’s First Republic.

Ms. Marenah’s assignment carries the mandate to upscale and optimize  efforts to promote peace and prosperity in the African region including the Gambia, as well as providing the platform that will promote and sustain the work of GPPI in partnership with stakeholders and other relevant institutions, participate in delivering insights and guiding the organizational partnerships with national and regional governments, multi-lateral development institutions, volunteers and philanthropic groups to advance objectives in GPPI’s focus areas of building, strengthening and promoting a culture of peace and prosperity worldwide, as well as addressing GPPI’s goals to bring about Love, Peace and Prosperity on Earth.

Previous:
On Global Prosperity and Peace Initiative
Next:
Banjul Utd hopeful to improve in 2nd tier after Lions of Banjul conquest