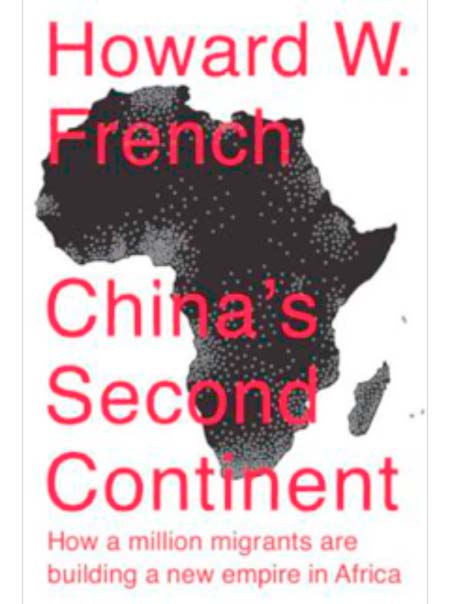 On a trip to Lusaka, Zambia, last year, I kept chasing an energetic and jittery Chinese man, the only staff member of a Chinese mining company willing to talk to me after his firm had been involved in several scandals in which both Chinese and Zambian employees were either killed or injured on the job. Zambia, with its abundant copper ore deposits, is one of the most important investment destinations for China. His English was excellent, and he liked to talk — and talk. After telling me about how much he loved the country and its people, he sometimes went into a rant about how Zambian miners liked drinking and money too much, and did not like to work hard. It was that mentality, he continued, that had caused his company all its troubles (not the workplace-safety and low-pay grievances of which it was accused). But even though the Zambian government had repossessed his company’s mines, this man wasn’t leaving. He was now working as an interpreter for the government.

I wondered about his family back home, and what they thought of this young man forging his life thousands of miles away. In his extraordinary new book “China’s Second Continent,” Howard W. French delves into the lives of some of the one million-plus Chinese migrants he says are now building careers in Africa. For all the debate about China’s intentions (imperialist or not?) and business practices (corrupt or not?) on the continent, the key piece of the discussion, French argues, has been ignored: the actual lives of those Chinese who have uprooted themselves to settle and work in Africa. Even as China has become the world’s fastest-growing large economy, 10 of the 20 fastest-growing economies between 2013 and 2017 are projected to be in Africa. As French writes, “Bit by bit, these facts have become closely intertwined.” The recent Chinese immigrants are the glue holding them together. And the stories French tells are fascinating.

French’s characters range from the mundane to the outrageous. In Mozambique he spends time with Hao Shengli, a brash agricultural entrepreneur from Henan province whom he calls the Chinese version of the “ugly American.” French, a former New York Times foreign chief in Africa and China, speaks Chinese, pleasantly surprising his subjects with his fluency, and they often allowed him into their homes, businesses and even wedding celebrations.

Hao, for instance, is startlingly blunt. The skin of the Mozambicans was so “black” that it made him uncomfortable at first. He tells French: “I didn’t think they were so clever, not so intelligent, and I was looking for an opportunity based on my own capabilities. Can you imagine if I had gone to America or Germany first? The people in those . . . places are too smart.” He went on, “So we had to find backward countries, poor countries that we can lead, places where we can do business, where we can manage things successfully.”

Still, Hao is not a stand-in for his countrymen across the continent; his story is unique. He distrusts other Chinese businessmen in Mozambique, and so he camped out alone in the countryside, where he bought a swath of land from a local government (angering native residents) to grow lucrative crops, and schemed to hold on to his budding wealth. Hao’s grand plan is to marry off his sons to local women and then put his land in the women’s names for safekeeping from government seizure, creating a miniature Chinese-Mozambican economic dynasty. He moved his two sons from China, and the older one has acquired a live-in girlfriend who cooks and cleans for the men. Hao is one of a number of Chinese farmers targeting empty expanses on the continent; Africa may hold up to 60 percent of the world’s uncultivated arable land.

Like several of the book’s subjects, Hao subscribes to the idea of chi ku, a Cultural Revolution-era expression that translates to “eat bitter,” or endure hardship. From trailers in the deserts of Mali to outposts on the Namibia-Angola border, Africa’s Chinese frontiersmen and women are setting up homes. They are unafraid of loneliness, boredom, power blackouts and other inconveniences as they try to make their fortunes — with an encouraging push from the Chinese government, which is happy to help with financing. All of those hardships are better, they say, than the rigidity, stiff competition and corruption back home.

In Senegal’s seaside capital, Dakar, French finds a 26-year-old businesswoman who ended up in West Africa probably as a prostitute (he never asks outright), yet worked her way up into owning a karaoke bar and massage parlor. “Dakar in those early days was really boring. Pretty much everything was lacking here, and I thought even a county seat somewhere in China must be more interesting,” she says. “But when I got back home, there wasn’t much for me to do, so I changed my mind.” When characters like these tell their stories in their own words, “China’s Second Continent” shines. The book’s pace can drag at times, but French is a clear, thoughtful storyteller.

China is now Africa’s largest trading partner, and it offers loans, grants and development deals without the anticorruption strings favoured by the United States and Europe. Yet in most of the countries French travels to, Africans complain about inferior Chinese goods and shoddy infrastructure, like the new roads the Chinese have built. I recently hired a Senegalese carpenter to change the lock of an apartment I was renting in Dakar. He explained the different kinds of locks available at the hardware store. “There are Chinese locks,” he told me. “But I think you should pay more for the best ones.”

In later chapters, Africans — from government, civil society and ancestral communities — speak about how public officials, engaged in what French calls “gangster capitalism,” are failing to hold Chinese investors accountable. A pervasive lack of transparency has allowed businessmen to export valuable resources like timber illegally, and to bring in an uncapped number of Chinese immigrants (“There are too many of them in their own country, and they are doing this to decongest China,” a Zambian politician complains). Meanwhile, investors are seizing land at bargain prices and extracting minerals. China says its relationship with Africa is “win-win.” The problem is, most African leaders, more interested in profiting from their countries’ resources, haven’t committed to letting their people win, too.

When I was in Zambia, the government was passing legislation to tax the earnings of its foreign mining investors more efficiently. Whether current officials will be more responsible with that revenue than their predecessors, some of whom allegedly accepted kickbacks worth millions of dollars from Chinese investors, remains to be seen.

French concludes that Chinese migration to the continent falls within a wider tradition of foreign powers establishing spheres of economic influence in Africa, and he doesn’t doubt that China’s political demands on Africa will grow. This is probably true. But if Africa fails to capitalize on its wealth to the benefit of future generations, it won’t be entirely China’s fault.