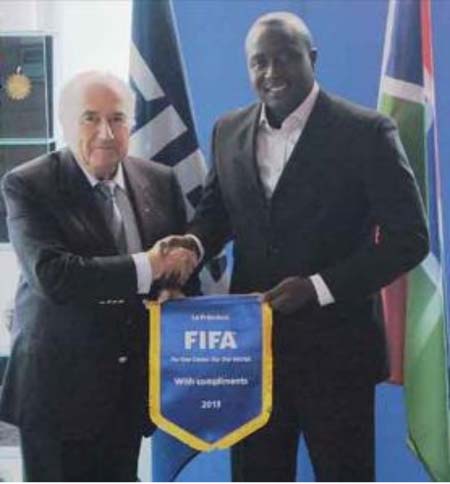 Gambia’s football governing body, GFF, has congratulated Real de Banjul Football Club for winning the league title, after the end of the National League Division One.

Real became the new Kings of the 2013/2014 Gambia Football Federation League Division One after an emphatic 2-0 victory against Hawks two weeks ago.

The win ensured that the City Boys needed its close title challengers Gamtel, to either lose or draw their encounter with Samger the following day and they did just that after falling to a 3-2 defeat against their relegated opponents.

The Gambia Football Federation said through a letter signed by Baboucarr Jobe for its secretary general: “The entire Executive Committee of the GFF and staff wish to extend our warmest congratulations to your team, Executive Members, Technical and support staff, fans and sympathizers and well-wishers for the tremendous support given to the team during your campaign.”

“Be rest assured that the Gambia Football Federation will give you all the necessary support required by the League Champions.”

It is with pleasure that we also announce that the City Boys will be crowned as Champions of Gambia on the day of the FA Cup finals. Source Realdebanjul.com