The office of the director of public prosecution (DPP) has pressed in a single-count murder charge against one Yaya Saidy, a native of Farabantang Banta Village, in Kombo East West Coast Region, at the High Court in Banjul, presided over by Justice Mikailu.

The accused was charged with the murder of one Momodou Kanyi, also a native of the same village, sometime in June 2013.

According to the particulars of offence, the accused, Yaya Saidy, on 27 June 2013, at Faraba Bantang Village, Kombo East DistrictWest CoastRegion, with malice afore thought, caused the death of Momodou Kanyi, by unlawfully hitting him repeatedly on his chest and thereby committed the offence.

The accused denied the charge, which paved the way for the state to call witnesses to their case.

The Legal Aid Agency announced their representation for the accused through the defence Counsel Ms Ngozi.

However, the matter proceeded with hearing of evidence from three witnesses in the names of Amadou Fatty (PW1), Sainey Camara (PW2) and Amadou Kanteh (PW3). 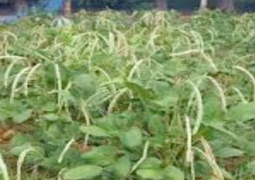 Lamin Sarr to Take Charge as U-20 Coach