The game was goalless in regulation time in a tightly-contested final played at the Gunjur Nyamina Football Field on Monday.

Both sides made great starts to the game and launched several goal-scoring attempts but the regulation time failed to produce a winner.

Hence there is need for a post-match penalty shootout to determine the winner, which ended 7-6 in favour of Gamcel.

As the champions of the league, Gamcel were crowned with a giant trophy and cash prize of D15, 000, whilst Oxford United FC as the runners-up received D10, 000. 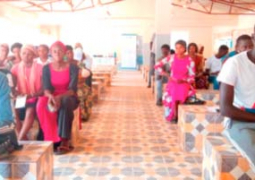