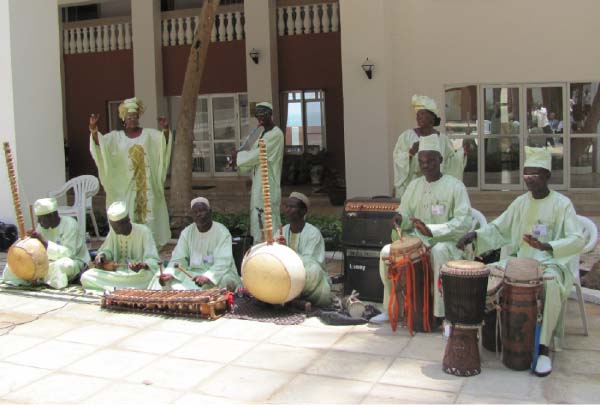 The Gambian cultural group numbering ten, who took part in the Taiwan Indigenous Peoples’ Festival held in from July 25 to August 4, returned home recently.
Led by Hon. Fatou Mas Jobe-Njie, Minister of Tourism and Culture, the Gambian delegation displayed exciting performances at all the venues of the festival in .

In each venue, the group performed series of shows together with 19 other groups from Latin America, Pacific region, Africa, New Zealand and Europe.
“The Gambian group honoured all the performances and street parades, and in all our appearances, our musicians excelled and were enthusiastically   received by the teeming audiences,” stated the Tourism ministry.

On 31 July at the famous Chiang Kai Shek Memorial Hall in , the Gambian group performed in the presence of Minister Mas Jobe-Njie, the Taiwanese vice president and other dignitaries, a statement from the ministry said.
The group interacted with numerous cultural groups from Latin America and the Pacific and learnt a lot about these peoples’ cultures. The aim of the cultural group participation was to promote the Gambian culture at the world stage, showcase Gambian culture and strengthen Gambia-Taiwan cultural ties.
Shortly after her arrival, Hon. Mas Jobe-Njie started a busy week of engagements with various stakeholders in tourism and culture, and of site visits and courtesy calls. Her visit to the Kaoshiung University of Hospitality and Tourism enabled her to meet several high ranking officials of the university, such as the dean of International Affairs, the chair of the Graduate School of Food Culture, the director of the university’s Department of Banking Technology and many others.
She was brought to the spotlight when she was honoured to give the opening statement at the formal opening ceremony of the festival held at the Chiang Kai Shek Hall in Taipei.

Speaking in the presence of the vice president of , she extended warmest greetings and hearty congratulations on behalf of President Jammeh, the government and people of The Gambia to the government and people of on the occasion of the Taiwan Global Indigenous Peoples Performing Arts Festival.
She added that she was proud that The Gambia was invited and accorded the opportunity to participate and showcase some aspects of the country’s rich, diverse yet homogenous cultural heritage in the important festival, notably in traditional music.

A glossy brochure detailing the group members’ experiences, aspects of Gambian traditional music and instruments and the Gambian group’s repertoire was printed and distributed during the festival.

The Group thanked President Yahya Jammeh for the trust he has in them and applauded the Taiwanese Embassy in for its support.

Message by Ms Irina Bokova, Director-General of UNESCO, on the occasion of International Arts Education Week, 21-27 May 2012 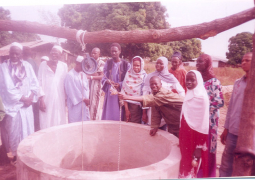