It is often hard to remember in most occasions the exact words or phrase that was uttered by a person who has passed on to the new realm, probably because in that moment, the grief has begun to sink in and said individuals are usually incoherent and if one is dying, do they really have the time and perseverance to come up with something memorable worthy of repetition?. However there is a huge compilation of the last words of persons who were widely known or in other words famous for something or another around the world.

The last words of a dying  person are sometimes a matter of argument among scholars. Incoherence, the chance presence or absence of witnesses, and family sentiment can all interfere with an accurate record. The sayings quoted here however from renown individual at their last hour are widely accepted by historians.

Cecil Rhodes, South African tycoon and statesman; died in 1902. ‘So little done , so much to do.’

Ludwig Van Beethoven, German composer who suffered progressive impairment of his hearing for the last twenty nine years of his life and died in 1827; ‘I shall hear in heaven.’

Leonardo da Vinci, Italian artist and inventor who died in 1591; ‘I have offended God and mankind because my work did not reach the quality it should have. ‘

Henry Fox, Lord Holland, British politician who died in 1774. ‘If Mr. Selwyn [a rival politician] calls again show him up.  If I am alive  I will be delighted to see him. if I am dead he will want to see me’

Ned Kelly, Australian outlaw and gang leader who was hanged in1880; ‘Such is life’

Hugh Latimer, Bishop of Worcester and English Protestant reformer who burnt at the stake in 1555 with the Bishop of Rochester Nicholas Ridley on the orders of the Catholic Queen Mary; ‘Be good of good comfort Mr Ridley and play the man, We shall this day light a candle by God’s grace in England as I trust will never be put out.’

Niccolo Machiavelli, Florentine diplomat  who died in 1527; ‘I desire to go to hell and not to Heaven. In the former place I shall enjoy the company of popes, princes and kings, while in the latter are only beggars, monks and apostles.

Karl Marx, German philosopher who died in 1883 to his housekeeper after she asked if  he had a last message for the world. ‘Go on get out, last words are for fools who have not said enough.’

William Somerset Maugham, British author who died in 1965; ‘dying is a very dull dreary affair, and my advice to you is to have nothing whatever to do with it.’

Sir Thomas More, English Catholic Statesman who was beheaded in 1535 on the orders of King Henry viii; ‘See me safe up [on to the scaffolding] for my coming down let me shift for myself’.

Sir Isaac Newton, British Scientist who died in 1727;  ‘I don’t know what I may seem to the world . But as to myself I seem to have been only like a little boy playing  on the seashore and diverting myself in now and then finding a smoother pebble or prettier shell than ordinary , whilst the great ocean of truth lay all undiscovered before me’.

Lawrence Oates, British explorer walked to his death in 1912 in an attempt to save his starving companions during Scott’s expedition to the Pole. ‘I am just going outside and I may be sometime’

General John Sedgwick, Union Commander in the American Civil War, shot at the battle of Spotsylvania Court House  in 1864 while looking over a parapet at the enemy lines ‘They could not hit an elephant at this dist…’

So there we have it, some of the hundreds of such last breath quotes that are worthy of reading and dwelling on a few. Do you think it had the desired effect as was intended? Either way, they got my attention and now I am bringing them to yours. 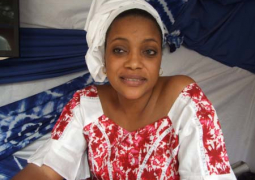